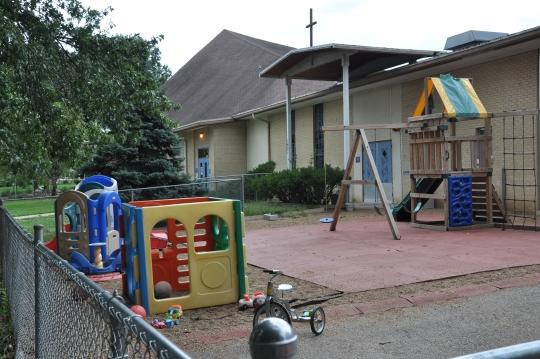 Childcare at Washburn University is, quite simply, a disaster.

The University Child Development Center, currently located inside University United Methodist Church at 1621 S.W. College Ave., currently holds only 41 children, not all of whom are children of Washburn students.

The Washburn Student Government Association allocates $30,000 each year to the UCD, and the center charges students additional weekly charges of $160 for an infant, $145 for children ages 1-3 and $135 for children 3-6. For community and Washburn staff, the rates go up $15 per week.

Comparatively, Emporia State’s Center for Early Childhood Education charges weekly rates of $122.50 for children ages 1-3 or $105 for children ages 3-6, offers educational services and is able to house about twice as many children.

This editorial is by no means an argument against having childcare for Washburn students. Quite the opposite: if we are paying substantial sums of student money each year to provide childcare to Washburn students, they need to be the ones reaping the benefits. In the first part of our three-part series on childcare, which is running online this week at www.washburnreview.org, we take a look at the UCD’s funding.

During the 2009-10 WSGA elections, president and vice president candidates Will Lawrence and Charity Hockman set forth a goal to have Washburn host its own facility, whether it be in a new or existing building, that can provide childcare for 140 children. We wholeheartedly agree with this idea, and think we need to make it a reality.

Rather than providing $30,000 a year in student fees to a center that doesn’t meet our needs and charges additional sums of money per week, we need to offer cheaper or even rate-free childcare directly on campus.

The Washburn University Foundation and the different schools on campus need to get involved with raising money for the project, and I’m even OK with raising the student activity fee a little bit if it benefits a larger ratio of Washburn students. The UCD also received a grant recently to expand, but because of the building it was located in, had to give the grant back and not expand.

If the UCD moves to campus and utilizes funds from all of these different avenues, there is no reason why a 140 child maximum is unattainable.

While the university is certainly taking steps toward becoming a more traditional university, there will always be students who need to utilize childcare on campus. That’s just the name of the game. We hope the Washburn administration will do the right thing and make achieving quality, inexpensive on-campus childcare a high priority.