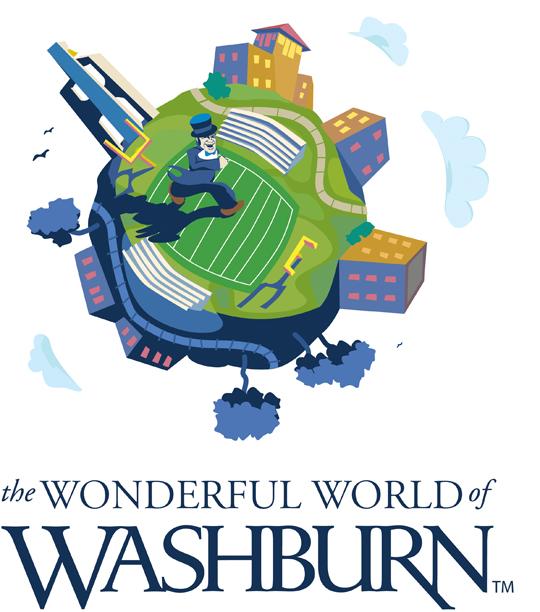 The annual “Yell Like Hell” contest began at 7:30 p.m. with a performance by The Dance Factory students, under the direction of Washburn student Val Roberson.

Following their performance, the Washburn University Marching Band showed off their talents with a few songs that culminated in the Washburn fight song. Then the Dancing Blues joined them to sing the school’s alma mater.

After the instrumentals were over, the dancing competitors began their routines, interspersed with a Washburn Student Government Association skit where Dorothy leaves Washburn to encounter a brainless hornet, a gorilla with no heart and a tiger with no courage. Then they run into the wicked witch of the Northwest and her bearcats, who Dorothy destroys with her WU pride water, and the four companions return to Washburn President Jerry B. Farley’s waiting arms because “it is true, there’s no place like WU.”

The first routine was Washburn’s Black Student Union, which did a military-esque (complete with drill sergeant) medley of pop and rap songs. Second were Kappa Sigma and the Washburn Cheer Squad whose routine included fishnet and Lady Gaga. Bod Squad, dressed in blue full body spandex “Morphsuits,” was the next to perform, followed by the Dancing Blues and their version of a dance off. Then, Zeta Tau Alpha and Sigma Phi Epsilon’s routine combined traditional jazz squares with some very modern hip thrusts. Kappa Alpha Theta and Alpha Delta paired for a Disney-threaded act that featured the different stages and years of college. Next, Delta Gamma and Delta Chi used pop songs from many languages to demonstrate global multiculturalism.

Alpha Phi and Phi Delta Theta were supposed to be the next on the scene, but technical difficulties led to a spontaneous Ichabod dance off. As the crowd waited on the Greeks, the Cruz Line kept the crowd very entertained with their percussional prowess, leading many students to leave their seats and get jiggy to the beat on the floor. The Cruz Line, which is made up of junior high and high school students from Topeka High School, is under the direction of Sal Cruz, and performs at “Yell Like Hell” every year.

When the Cruz Line evacuated the floor, bearing a congratulatory plaque for their director, Alpha Phi and Phi Delta Theta danced out what Washburn represents to them. Finally, Student Life performed a routine in the style of the movie “The Replacements.”

As the contest came to a close, Caley Onek, the WSGA president and host of the evening, announced the winners of this week’s homecoming activities. Finally, she listed the winners of “Yell Like Hell.” In the general category, Bod Squad won third place, Washburn Black Student Union won second and the Dancing Blues won first. Of the Greek contestants, Alpha Phi and Phi Delta Theta won third, Kappa Alpha Theta and Alpha Delta came in second and Delta Gamma and Delta Chi took first place. The overall winners of this year’s “Yell Like Hell” contest were Delta Gamma and Delta Chi.