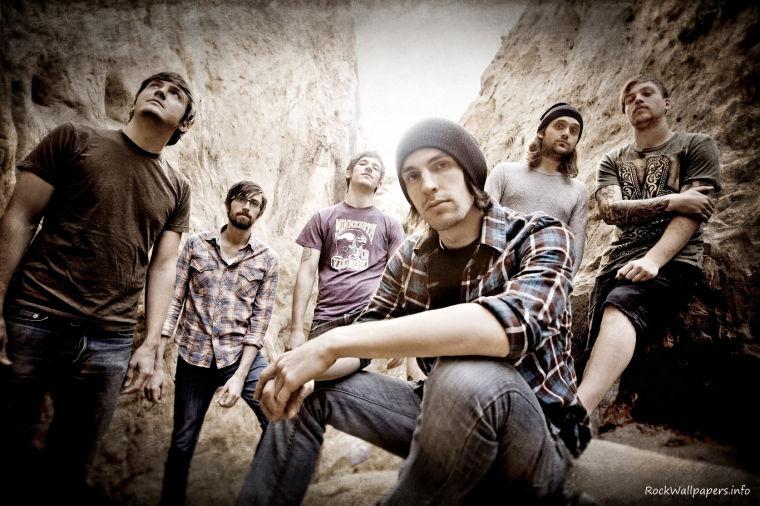 As with any band, line-ups are prone to change and the music is subject to progress. But after releasing their first album since losing the vocalist Craig Owens, it’s safe to say Chiodos changed and progressed in a way that fans of their past releases will enjoy.

Putting all ideas of Owen’s vocals out of mind to fully enjoy the new album, Chiodos introduces us into the new album with the title track “Illuminaudio.”

With rising background sounds, lyrics “I ventured into the dark to search for a torch and it will light the path ahead” introduce listeners to the sound of Bolmer’s voice, very reminiscent to Owens. But the short intro leads into the first full song, “Caves,” which pounds your face in after a catchy drum intro.

“Caves” brings in Bolmer’s first-heard screams on the album, which are solid, but slightly over-distorted in production. This also allows for Tanner Wayne, the replacement for Derrick Frost on guitars, to make his excellent debut with Chiodos.

“Love is a Cat from Hell” features Vic Fuentes from Pierce the Veil and follows “Caves.” The song moves at quick pace, between powerful guitars and quick drums, leading up to an ambient guitar mixed with echoing vocals from Bolmer that eventually lead into a melodic piano ending.

Following another in your face song, Chiodos finally slows it down a bit with “Notes in Constellations,” a song free from screaming that still maintains the progressive sound of the rest of the album. It allowed for a nice break after three faster-paced songs.

“Scaremonger” jumps right back into the powerful sounds that define Chiodos songs, but the song itself has nothing to make it stand out. “His Story Repeats Itself” operates much the same way with nothing distinctly memorable about it, but a decent song nonetheless.

“Let Us Burn One” keeps the same feeling as “Constellations,” keeping the song fast- paced and aggressive but also allowing it to be more listener friendly for those who dislike screaming.

Fans will also enjoy “Hey Zeus! The Dungeon,” but it lacks something that makes it stand out from the rest of the album. However, following it is “Stratovolcano Mouth,” it is easily one of the best songs on the album. From the beginning, a computerized version of Bolmer’s voice tells the listeners to “Let it all out. Let it go.” This leads into a powerful guitar and pounding drum.

Bolmer sings of a zombie apocalypse in “Those Who Slay Together, Stay Together,” which tells the story of two individuals outliving zombies by self-defense. Leaving the zombie theme, the album then closes with “Closed Eyes Still Look Forward.” This song lacks guitars or drums, instead relying on softer vocals from Bolmer overlapping electronic background beats and piano from keyboardist Bradley Bell. A fitting closer, it’s perhaps the most soothing and easily the prettiest song on the album.

With all the worries about putting out a new album with a new singer, Chiodos fans can rest happy knowing the transition went smoothly. If you haven’t checked out this album and these songs sound like your cup of tea, give “Illuminaudio” a shot.