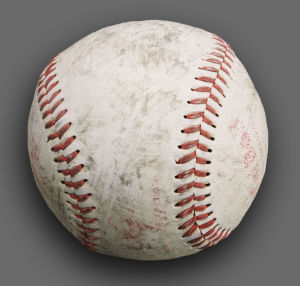 Apparently, a baseball team won a very important game Monday night. Most baseball fans know that, but it appears the media doesn’t.

When the San Francisco Giants beat the Texas Rangers in Game 5 of the World Series, they became the first Giants team since the organization moved from New York to San Francisco 52 years ago. In an essence, it was everything that was right in sports two ragtag teams making it past the Yankees, Red Sox and all of the other traditional baseball dynasties to play for a championship title. However, on ESPN.com’s front page Tuesday, the top story wasn’t about the unbelievable game that took place Monday night.

Instead, it was about Randy Moss’ release from the Minnesota Vikings after only a month. It was about Moss’ bad attitude and his bizarre press conference in which he disrespected the team he played for, how he freaked out in the locker room one day because someone had food delivered that he didn’t like, and how ultimately how some other team would be “rewarded” with his presence not to mention his $16 million salary. Basically, everything that is wrong with sports.

While the Minnesota Vikings saga certainly has many of the newsworthy values that journalists evaluate stories from timeliness, unusualness, prominence, conflict it still shouldn’t outshine the Giants’ championship moment. It tarnishes everything that the team has been working for all year that the most prominent sports news agency in the world would rather feature the release of a wide receiver who, quite frankly, hasn’t made that much of an impact on the field this season to begin with, aside from causing problems.

Fans are already sick of hearing about the Vikings this season, even Vikings fans! Brett Favre has been a constant source of media coverage, especially after news broke about his alleged sexting escapades with former Jets employee Jenn Sterger. Head coach Brad Childress has made things worse by allowing the Brett Favre situation to get out of hand in the offseason. Now many of the Vikings players seem to be turning against Childress in the media, so the “new” news is that Childress is on the hot seat. Just let a bad team die already.

Instead, let’s glorify the teams who have success. The San Francisco Giants are a great place to start. Give them the credit and hoopla they deserve for their unprecedented World Series championship. Start giving more coverage in the NFL to teams that actually deserve it for coming together as a team, like the Kansas City Chiefs (5-2), the Tampa Bay Buccaneers (5-2) and the Tennessee Titans (5-3). Don’t just muckrake around the Vikings’ locker room all day. I realize ESPN is a 24-hour news network and needs to fill the air with something, but there are plenty of other big stories to talk about besides Moss’ food dislikes and what an “unnamed source” has to say about Moss.