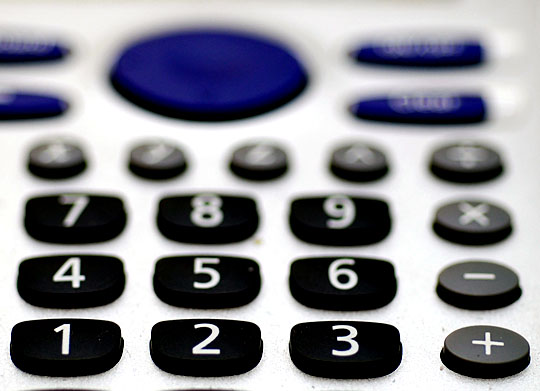 Gaspar Porta wants people to get interested in math. His hope is he’s found a way to do that.

For the second year, the mathematics and statistics department is putting out a collection of problems for interested thinkers and problem solvers.

Five questions are posted three times a semester. Washburn students, faculty and staff, to high school students can participate and enter their solutions.

They aren’t traditional math problems and are meant to be something that can be approached by anyone that likes to think.

“The ‘iThink’ challenge questions are meant to be questions that stimulate you to think about patterns in the world,” said Gaspar Porta from the Washburn mathematics and statistics department.

Dr. Porta is the mastermind behind the ‘iThink’ challenge and he develops  the problems.   He would like to affect people’s perception or opinion of what mathematics is instead of thinking of it as just a bunch of arithmetic.

Dr. Porta hopes a question might capture the interest of someone and might dispel some of the sensation that mathematics is this dry business of constantly adding and subtracting stuff.

“People have an innate ability to organize patterns and information in their human brain,” said Porta. “We are using mathematical thought all the time. These challenge problems are meant to reconnect a person with their innate cognitive abilities.  This is at the core of what math is, the organization of thoughts on how patterns present themselves in the world and learning how to think about and understand things.”

The ‘iThink’ problems are posted online at http:/www.washburn.edu/cas/math/challenge.htm and are also placed in the hallway outside the mathematics department.

Anyone interested is encouraged to try these problems.  Entries can be submitted to the mathematics department office.