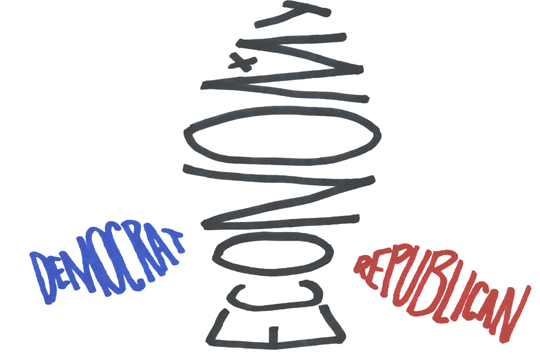 The recent election has me humming “Why Can’t We Be Friends” when I look at the papers and political commentary.

My brother posted his own piece of mind on Facebook with:

“Some wave goodbye to ‘the Socialists’. Others anticipate ‘fear-mongering’ from the new Congress. Bart Simpson says: ‘Don’t have a cow, man.'”

Of course many other on Facebook immediately jumped on him for being too passive about our country and the direction it is being driven to by extremists.

I am not trying to advocate passiveness. Last week, I lobbied hard for people to express their opinions about the state of our state. However, now that the election hoopla has died down, it’s time to take down your “vote for this person” stickers—on both sides—and get ready to put aside your political differences for the good of the whole.

Both sides of the political arena have expressed unwillingness to work together, but now they find themselves in danger of a troubling statement. With neither side willing to give ground, neither side is thinking of the American people. I am an idealist, but at some point (like when the entire country is facing a recession, or when the government deficit reaches $1 trillion) even politicians have to concede their ideal of what government should be and worry about the pragmatic issue of what it currently is. Our problems are not partisan issues, they are problems for everyone.

Earlier in the year, Barack Obama made a statement that while Democrats were struggling to do the work, Republicans merely watched and sipped Slurpees. Now he is calling for both parties to have a sit down chat over Slurpees, as a way to encourage bipartisanship.

Perhaps the concept of bipartisanship (or nonpartisanship) would have been easier to internalize if the parties would not divide up over such harshly defined lines in election years. For instance, although governor-elect Sam Brownback is a steadfast Republican, he also worked very hard with Ted Kennedy to reform immigration policies and make it easier for migrant workers to obtain green cards.

However, that side of the politician couldn’t be played up in this election, because then he would be considered less of a Republican. Tom Holland, the Democrat opponent to Brownback in the past election, promotes keeping property taxes very low on his website, which is not in keeping with the stereotype surrounding his party.

We can’t really draw lines and expect every facet of a person’s views to stay within said lines. But that’s the way our politicians pretend it should be, and with the states glowing red since the last election, it seems we may be in for another couple of years of not socialism, and not fear-mongerers, but plain old static inactivity.

It is the time to concentrate on nonpartisanship efforts to deal with the heavy issues that face all of us. And let’s not have a cow, man.