Media class to Paris this spring 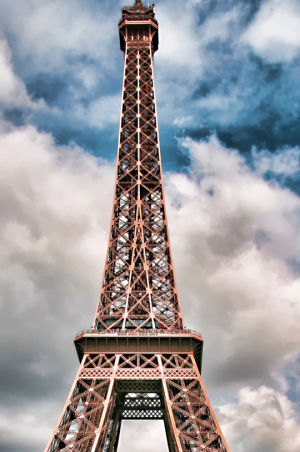 The mass media department is stepping out of the traditional classroom and into something more alternative.

This spring Maria Stover, a mass media department instructor, will offer a class that will include a chance to travel to Paris for a week of adventure and learning.

Stover will host an informational meeting at 3:30 p.m. Nov. 19 in the Shawnee Room in the Memorial Union for interested students. The class is not just for mass media students, it’s for any interested student.

The idea came when the department was discussing opportunities for an international studies class. They already knew that they wanted Stover to teach the class.

“I was really excited about that,” said Stover. “This is a class that I have wanted to teach ever since I have been here.”

She began to think about adding a travel component to coincide with the class. That was when Kathy Menzie, mass media department chair, mentioned a seminar held in Paris during spring break by the Center for the Study of International Communication. This was a seminar that Washburn went to 10 years prior when Menzie was in charge the trip.

Menzie went in the spring of 2000 and took only two students. She was the person who got the class going, which only lasted three years. It was something that she wanted to keep going, but it had a hard time getting instructors to teach the course.

Stover started researching. She found that the seminar was still in effect and had been going on since 1996. Lee Huebner who was the former publisher of the International Herald Tribune chairs the center. The Tribune is the international edition of The New York Times. After contacting Huebner and getting permission for Washburn to attend the seminar, Stover began filling out the proper paperwork. This is when she found some exciting opportunities for students.

The International Media Seminar class is registered as MM485, so it is an upper level elective class. It also qualifies for a WTE. While this is no longer a requirement of students, it is something that is a nice addition to any resume according to Stover.

Since the class can be taken as a WTE, it means that students who enroll in the class as such can apply for a scholarship to help with the financials of the trip.

Another aspect is that the class can also be used as an honors class, which means that it will be available for other students who are not necessarily mass media majors.

“I like this because I think it will bring a little bit different perspectives,” said Stover.

The class itself is a whole semester.  During the class there will be different projects geared at international media. One of those will be to look at the International Herald Tribune, and analyze it. Also there may be a presentation requirement for the students that are enrolled in the class as honor students. Stover encourages students to take part in the Paris trip but it is not a requirement.

“I’m teaching the class and really hoping that as many as possible go because I am going to incorporate many components in the class,” said Stover.

The trip will take place during spring break.  The seminar is very organized and will feature many speakers.  Students will also get a chance to tour the International Herald Tribune, which is the newspaper that they will have studied in class. Menzie recalled when she went how great the seminar was.

“There were phenomenal speakers,” said Menzie. “There was reporters, writers, television reports, and even Americans who have written books while living in Paris.”

One activity that is something that students won’t get without the class is Huebner will graciously open his home for a dinner party one of the evenings.

“It sounds too good to be true, but it is there, it is an opportunity,” said Stover.

While learning is one aspect, seeing Parisian culture is also. The schedule allows for students to explore Paris and French culture.

“It has the right mix of important speakers coming and giving lectures and presentations, and also the right amount of going places, touring them,” said Stover.

The seminar and hotel are located in central Paris right around the Eiffel tower so sightseeing is in walking distance.

Since the organizers have been in France for a long time, they are able to provide the students with the right places to experience Parisian culture first hand.

“I think Paris is one of the culture capitals of the world, with their museums, art available and fashion of course,” said Stover.

The class is starting to make a buzz with the students. One student who is interested in going is Jeff Dailey.

While the seminar is the main reason for the trip Dailey is looking forward more to the city life that he has imagined.

“First and foremost, I am super excited,” said Dailey. “I am really looking forward to seeing the city. I’m looking forward to curbside patios, sipping some drinks, and eating some food that is way to expensive for me. You know, basic expectations of the city in general.”

The approximate cost for the seminar will be $2,166. This includes airfare, which is $900 alone, the hotel, seminar fee, Washburn insurance, and an additional $300 for personal expenses that includes cover museums, extra food and sightseeing.  The price does not include tuition for the course.

“This is the best part about it,” said Stover, “Paris is an expensive city. We are with people that know the city, know how to make the deals.”

There are steps that students need to take if the class is something that interests them. Most important is getting a passport. These can take weeks to get.

The mass media department hopes to offer this class or a similar on an ongoing basis. The hope is every spring so that students have the opportunity to experience the world outside the United States.

“I have always been a champion of international travel,” said Stover. “I really believe that by traveling internationally you not only learn a lot about other cultures but also learn a lot about ourselves. Inevitably when I have talked to students who have traveled abroad I see how transformed they feel. How different they feel about the world around themselves. So I have always been a big supporter of international travel. Now I am happy to be able to join students in such an experience to Paris, France.”