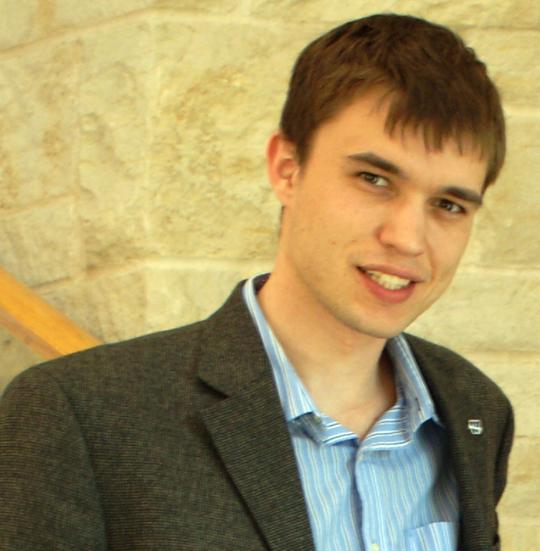 Garrett Love, recent Washburn graduate, is now a part of the Kansas legislature. He was elected for District 115 and was back at Washburn on Tuesday to talk to current students.

On Nov. 2, a Washburn alumnus achieved his goals as he was elected as the Kansas Representative of District 115.

Love took the time out to visit Washburn on Tuesday, speaking in front of the Washburn College Republicans.

At age 22, Love is headed for the capitol after graduating May 2010. Now, with the win under his figurative belt, he is ready to take questions.

Were you surprised by your win?

“Well, we worked very hard and we felt like we put ourselves in a position to be successful.”

What was your reaction to the news?

“I was very honored and humbled to have the opportunity to work for the people of my district and the people of Kansas. It was certainly an exciting time.”

What made the difference for your campaign?

“A lot of it was getting out to the people, meeting them, talking to them, finding out what the most important concerns are that they have and putting them first.”

Did you have many difficulties with balancing your time on the trail?

“I think I certainly have an advantage in an arena where most candidates have wives and kids, and I do not. I think it allowed me to put in more time and effort into my work.”

Now that the campaign is over and you have a bit more free time, what are you going to do?

“I’m looking forward to catching up with a lot of friends and family members that I lost contact with while I was campaigning.”

What are some things you learned while campaigning?

“There’s a lot of different thoughts concerns and advice that I got when I needed it. Some of it was about integrity, like when you have to decide between right and wrong, just do what’s right, but a lot of people make the wrong decision.”

What’s the first thing you’re going to do now that you will be the representative for your district?

“A whole lot of listening and learning. It’s a steep learning curve for new legislators, and I just want to start learning.”

What are you looking forward to now that you will be back in Topeka?

“I enjoyed my time in Topeka while I was at Washburn, and I look forward to being around Chipotle again, and Hu Hot and El Mezcal, and spending time with friends.”

What are the particular concerns you want to address in office?

“The government being more responsible, accountable and thoughtful with people’s money.”

How do you think your age will affect your time in office?

“People will always have opinions, and with my age, it does present a challenge that not everyone will have. It emphasizes the importance for me of gaining the trust and respect of my peers. I also want to make it very clear that I don’t think I know it all and I don’t have all the answers because I don’t.”

Do you think your involvement and success in politics will lead other young people in the same path?

“Over these last few months I have been contacted by many individuals that are younger and interested in politics, and now they realize that they can do something about it. I sure hope that one of the results from this election is that young people keep waking up and being engaged in the process. That doesn’t mean they have to run for office, but we have to realize that the decisions the government is making are affecting our generation almost more than any other.”

Will your youth be an asset?

“I think I will bring a very unique perspective to decisions that we’re making, and one that is not often represented.”

If someone else was trying to follow in your footsteps, what would be your advice?

What is your favorite dinosaur?

What will influence your policies?

“The most important influence is the people you represent. They are very important. It’s about putting them before yourself.”

“I’m looking forward to turning the government to be about the people for the people and by the people, and grateful for the opportunity.”