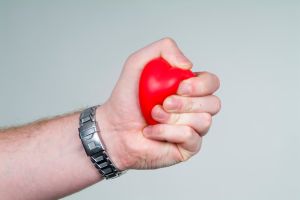 This year students have another advantage in the fight to stay sane during the last few days leading to finals week.

Success week, the week before finals, was proposed with the purpose of encouraging faculty to use the time to review course material and not give out any new projects, tests or finals.

The faculty shall not administer any test, examination or quiz worth more than 10 percent of the final course grade during the last three days prior to the first day of scheduled final examinations each fall and spring semester to allow for proper preparation for the finals.”

The roots of success week started with Washburn Student Government Association after they heard from several students that there was a need for it.

“That was the concern that we heard several times from students was that the week before finals was actually worse the week of finals itself because of all the tests and everything that was coming through the week,” said Caley Onek, president of WSGA.

The proposal for success week then worked its way through the approval process. First approved by faculty senate earlier this year on April 12 and then by the general faculty on May 11. It received final go ahead by the Washburn Board of Regents at a meeting on Sept. 24.

Throughout the whole process, WSGA and the faculty worked together to get the policy passed.

“The success week policy could not have gone through if it had not been for all the support that we did receive from the faculty and how they worked with us,” said Onek.