Smarter than your average band 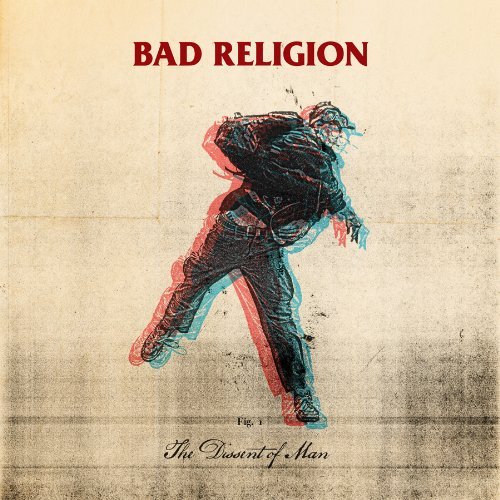 Bad Religion recently released their newest album "The Dissent of Man." It is their first album since 2007, when they released "New Maps of Hell."

Beginning in 1979, during the hazy days of the southern California punk rock scene, Bad Religion introduced their unique brand of harmonized punk rock with their 1981 self-titled EP and later the punk classic “How Could Hell Be Any Worse?” As one can guess by the band’s name, Bad Religion has, since the beginning, set their sights on organized religion.

Early records popped out classics like “I Want to Conquer the World”, “(You Are) The Government”, “Flat Earth Society”  and “Damned to Be Free.”

Earning a doctorate from Cornell University in zoology —based on research focused on evolutionary biology—and with regular teaching commitments to the University of California-Los Angeles, lead singer Gregory Walter Graffin, is possibly the smartest man to rock a microphone stand.

The rest of the band though, haven’t been slouches, either. Lead guitarist and co-songwriter Brett Gurewitz founded the indie-darling recording label, Epitaph Records to originally release the first Bad Religion albums. That label eventually flourished to include bands like the Offspring. Geurwitz was in turn forced to temporarily leave the band in the mid-1990s to concentrate on his label’s success.

To celebrate their 30th anniversary, the band began by releasing a free live album over the internet and then by introducing their 15th studio album “The Dissent of Man.”

A quick listen to the first three tracks “The Day That The Earth Stalled,” “Only Rain” and “The Resistance” should give you a pretty good idea about what this band is about. Most interestingly, though is the fourth track “Won’t Somebody,” which began life as an acoustic demo on the deluxe edition of the band’s 2007 album “New Maps of Hell.”

The overall awesomness of “Dissent of Man” is both an honor and a curse. It sounds just like a Bad Religion album should sound. All of the elements are there: High Octane guitars, great vocal harmonies (fans of bands like Green Day and the Offspring should pay attention here—they got it from Bad Religion) and lyrics profound enough that a dictionary is required for translation.

The downside of that awesomness is that, when compared to the band’s 30 years of music, “Dissent of Man” actually comes across as boring and forgettable. It’s nothing to be ashamed of, a lot of the bands people grew up loving have fallen into the same hole: U2, Metallica, R.E.M. Even my beloved Pearl Jam have fallen into this same trap. It’s hard to keep the fire and passion of a band just breaking through sustainable. It’s hard to be in the same headspace as 30 years ago when you now have the title “doctor” added to your credentials, you’re noticeably balder than you used to be and you now have young children to care for.

Which finally brings the story back to Neil Young’s classic line, “Is it better to burn out than to fade away?” Kurt Cobain tried one answer. Bad Religion is looking to find another.