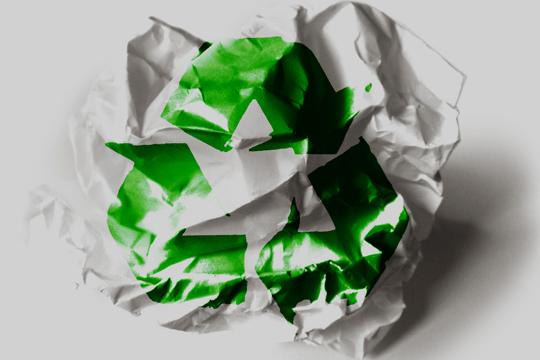 Even as the total amount of recycled material on campus is growing, the percentage is still down.

The total of recycled material on campus in October was 100-pounds higher than last year at the same time. However, the percentage of trash that is recycled has decreased 2.75-percent overall.

Mike Jauken, chief of groundskeeping, is optimistic of recycling at Washburn, saying that the amount of recycling should go up because of the greater number of people on campus, as well as more people getting involved.

Jauken also said that the only way for the recycling program to expand at Washburn is to increase the number of dumpsters, but he claimed that they wouldn’t be necessary because Shawnee County does a good job keeping the recycled material dumped.

Jauken said the biggest worry for recycling at Washburn would be if recycling were privatized, because there isn’t enough money for a company to make a profit through recycling. He said that before Shawnee County started picking up the recycled material, a company did, and their trucks were in such bad shape they always needed help starting up.

“Most of the recycled materials that come from campus come out of offices,” said Jauken.

Jauken said that it takes time for people to learn about recycling, but that people have learned a lot in the past ten years.

“The recycling program has come a long way since it was started around 2000,” said Mike Jauken.

He also said that there are some small changes that students can make that would help, including mulching up leaves instead of bagging them, and taking the lids off of plastic bottles before recycling them.

Jauken said the recycling program at Washburn University is really successful and that this is due both to students, as well as the people in offices recycling, and talking to each other about what can or can’t be recycled.