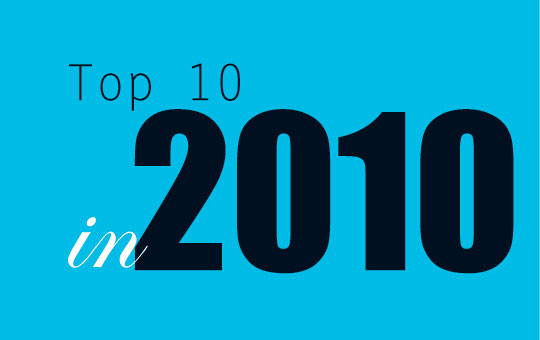 It’s always nice to look back and see what stories made the biggest news each year. So we’ve compiled the Top 10 stories from 2010. Let us know what you think of them at Facebook.com/wureview.

After the controversy surrounding conference expansion in Division I sports over the summer, perhaps it’s only fitting that Division II sports became involved as well. The MIAA announced that they were interested in expanding the conference once again, and made four offers during the schoolyear. Two Lone Star conference schools—Northeastern State and Central Oklahoma—accepted invitations, as well as Nebraska-Kearney from the Rocky Mountain Athletic Conference and Lindenwood, Mo., which will move up from Division III’s Heart of American Athletic Conference.

Over the summer, it was announced that 10 new businesses would be making the move to College Hill, including the popular Burger Stand restaurant from Lawrence. This news came a few months after College Hill’s lone business, Submarina, closed. The Burger Stand is projected to move in sometime during late winter/early spring in 2011, with the other businesses to follow. The other nine businesses include a coffee shop, a combination wine shop and bar, a furniture showroom and a bakery.

Last spring, the Washburn Student Government Association proposed “Success Week,” an idea based on other school’s Dead Weeks, where students are basically given a week off before finals to prepare. It was approved by the faculty senate April 12, the general faculty May 11 and finally the Washburn Board of Regents Sept. 24.

Former Washburn Student Government Association president Garrett Love made news this year when he announced his campaign in May for the Kansas House of Representatives as a Republican. Love’s opponent Melvin Neufeld, also a member of the GOP, was the incumbent and had held the seat for 24 years. Despite being a political underdog and receiving a grade of “F” from the NRA, something new for the Rhodes Scholar nominee, Love surprised many with a runaway victory in the Aug. 3 primaries. In the general election, his only competition was a write-in candidate, and he won the seat almost unanimously.

WSGA made big news in April, bringing a big-name speaker to Washburn, as well as several other big names for a banquet. On April 28, Dick Vitale came to Washburn as part of the Washburn Lecture Series. Vitale’s lecture packed Lee Arena with nearly 1,000 people, and his presence helped bring other big names to Washburn. Preceding the lecture, WSGA held a Coaches vs. Cancer banquet, which featured other speakers such as Division I head basketball coaches Bill Self and Frank Martin.

WSGA’s second big piece of legislation in 2010 came in the form of the Washburn Transformational Experience. WSGA proposed to the Washburn Faculty Senate that the state of the WTE be changed from mandatory to optional. After much deliberation by the faculty senate, the issue was put to vote, which resulted in a 115-45 vote to make the WTE an optional program and not a graduation requirement. The issue of PE 198 being a requirement to graduate was also brought up and voted on, but the senate voted in favor of retaining the class’ mandatory status by a tally of 97-53.

Washburn was swarming with controversy in April following the alleged resignations of both Robin Bowen, Vice President of Academics Affairs, and Wanda Hill, Vice President of Administration and Treasurer, at the same time on the same day. These shocking resignations came shortly after former ISS director Mike Gunter resigned, as well. In November, Randall G. Pembrook was announced as Bowen’s replacement as VPAA and Rick Anderson was announced as Hill’s replacement as VPAT.

2010 was, without a doubt, the year of Google in Topeka. When the Internet giant announced it was looking for communities to test out its new fiber experiment, Topeka jumped right onto the bandwagon. Think Big Topeka, a grassroots group determined to bring Google Fiber to Topeka, sprouted up overnight and completely changed the way many thought of the city. In March, Topeka mayor Bill Bunten announced that Topeka was changing its name to Google for the month to gain the attention of the company. The Think Big Topeka hockey game also took place in March, where the organizers helped sell out a Topeka RoadRunners game and afterwards showed it support by gathering a large group of people on the ice to spell out “Google” for a photo opportunity. In April, Google recognized the efforts of the city when it changed its name to Topeka on April Fools Day. While it may have been just an April Fool’s joke, it still showed that the company was watching. The movement seemed to revitalize a lot of support for the community, including John Ary’s “I Love Topeka” positive picketing campaign. On Nov. 30, Think Big Topeka hosted one final hurrah toward gaining approval by the search engine, unveiling a giant “Topeka Loves Google” banner near the corner of 9th Street and Kansas Avenue.