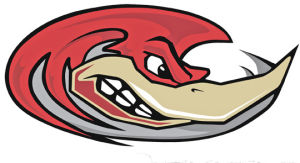 On a night where the Topeka RoadRunners outshot their opponents 45-19, it’d be tough to swallow a loss. However, Topeka didn’t have to worry about that. Michael Hill made sure they’d be leaving Dr. Pepper Arena with a victory.

Hill scored a late third period goal to tie the game and then scored the game-winning goal in overtime as Topeka (16-7-2) defeated the Texas Tornado 3-2 Friday night in Frisco, Tex.

After a scoreless first period, Topeka fell behind 1-0 at 9:56 of the second period on a powerplay goal by JD Howard. Texas (18-5-5) held that advantage until the third period when Jordan Davis put the puck past Jimmy Kruger to tie the game at one.

However, at 7:16, just 25 seconds after Davis’s goal, Texas went back on top on a goal by Donald Oliveri. At the 15:24 mark, the unassisted goal by Hill tied the contest, before his winning goal in overtime.

Eric Rohrkemper got the victory for Topeka in his first start since November 19. The game also included three game ejections and a combined 109 penalty minutes between the two teams.