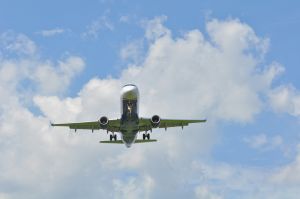 As the end of the fall semester nears, Washburn international students are busy making plans for the holidays.

Washburn is fortunate to have a wide variety of international students. Some are only here for two semesters while others plan to graduate with a Washburn degree.

No matter where they come from or how long they are here, the holidays take on a different meaning for those far away from home.

“We don’t have winter break,” said Wei Chen, a visiting student from China. “This winter break is sort of like our spring festival.”

Chen, who is only at Washburn for two semesters, plans to spend his holiday traveling. He is spending the first week with his host family in Topeka and spending Christmas with his roommate in Kansas City before flying to New York City. Chen is a political science major and is most excited to spend a few days visiting Washington, D.C.

A lot of international students choose to travel over the four week winter break, especially those spending less than a year in the United States.

“A few of us decided to go back to China and I thought about it, but we think it’s a perfect time to stay here,” said Wen Jiang, a two semester student from China. “Time to walk around America is very precious.”

While Chen is heading to the East coast, Jiang is headed to the West visiting San Fransisco, Calif. and Las Vegas, Nev.

“I booked a ticket to go to San Fransisco. I will go there first because my relative lives there. I will go with three girls and one boy and after we will go to Las Vegas,” said Jiang.

For those students who aren’t traveling over the break, time with friends and family is a must have.

“My brother lives over here too so I have some family over here and I have a boyfriend who I live with and I have two kids,” said Geraldine Elphick who moved to the United States from Whales, United Kingdom nearly 4-years ago. “We’re spending Christmas day here at our house and my boyfriend’s family is coming over on Christmas day. The day after Christmas, which we call Boxing day, my brother and his family are coming over.”

The break between semesters is four-weeks long, which leaves time for many students, international and otherwise, to both travel and spend time at home.

“I’m thinking about going to Colorado for one week,” said Rizki Aljupri. “We have four weeks of break so for the rest of them I’m just going to stay here and hang out with my friends.”

Aljupri is originally from Jakarta, Indonesia but moved to Kansas four-years ago and graduated from a Kansas high school. Though his excitement for the winter season has faded over the years, he is still excited to go skiing.

“When I first got here I was really excited for the snow. I wanted to play around in it,” said Aljupri. “In my home country we don’t have winter season we just have two seasons, rainy and summer. Right now it would be rainy and the weather is like seventy degrees.”

Despite being many miles away from home, some international students are happy to experience American traditions depsite how they may differ from their native customs.

“Christmas is a new holiday for young couples who like to celebrate it,” said Jiang. “It’s kind of romantic in China. People give gifts to each other, but it’s not as important as it is here.”

There are also upsides to being away from home, and away from parents.

“In China we need to keep contacting the parents but here we have more freedom,” said Jiang. “We can go wherever we want to go.”

As finals pass and the air gets colder in Kansas, Washburn international students are ready for the winter break and the family, friends and travel that await them.