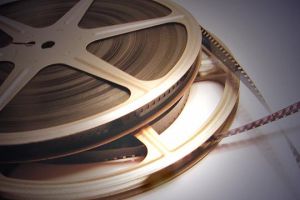 The showing of a 1914 film discovered in 2010 at an antique shop that contains what is believed to be the first appearance by Charlie Chaplin as a Keystone Cop will be one of the highlights of the 15th annual Kansas Silent Film Festival scheduled Feb. 25 – 27 in White Concert Hall at Washburn University.

Film preservationist David Shepard will discuss the DVD project “Chaplin at Keystone,” at 2 p.m. Friday, Feb. 25, at the Marvin Auditorium of the Topeka and Shawnee County Public Library.

This presentation is a precursor to the Kansas Silent Film Festival.

Shepard will show clips from the films and discuss the historical significance and the restoration process of the earliest work by Chaplin.

He is regarded as a major influence on the archival film movement and is credited with restoring more than 150 early cinema classic films for contemporary technology.

Introducing the film at 7:30 p.m. Feb. 26 will be Paul Gierucki who found the one-reel short hidden in a chest at a shop in Taylor, Mich. Thinking it was a copy of an existing Keystone comedy, he delayed viewing the film, which is being historically preserved in the Library of Congress, for several months.

The theme of the three-day event is “The First Academy Awards 1927-28” and the program will consist of films either from 1927, 1928 or that have won or been nominated for an Academy Award. To enhance the theme, an authentic Academy Award statuette from 1928 will be displayed in the lobby, courtesy of the Academy of Motion Picture Arts and Sciences.

The third annual cinema dinner will begin at 5:15 p.m. Feb. 26 at the Bradbury Thompson Alumni Center.  Tickets are $25 per person and must be purchased in advance.  Speaker will be Annette D’Agostino Lloyd, who will speak on the life and work of Harold Lloyd and his connection with the first Academy Awards.

Kansas City film historian, Denise Morrison, will provide introductions for the films and give an overview of the artists and the era of the silent films.

“Chang: A Drama of the Winderness” (1927). Elephants disrupt the lives of a family deep in the jungles of Northern Siam, and an entire village in this ethnographic documentary produced by the team who developed the 1933 “King Kong.”

“Barnum & Ringling Inc.” (1928). A Hal Roach short featuring the Our Gang kids who stage a circus using a variety of domestic and exotic animals.

“The Circus” (1928). Taken to be part of a circus act, the Tramp is enlisted to perform but discovers humor is best when unintentional. Shown by special arrangement of the Chaplin estate, the film will feature the original music score written by Charlie Chaplin.

“The Last Command” (1928). Emil Jannings stars as a former Russian general who escapes the revolution, emigrates to the U.S. and finds work as a Hollywood extra.

“A Thief Catcher” (1914). A one-reel short Paul Gierucki discovered in 2010 with a brief cameo of Charlie Chaplin in what is believed to be his first appearance as a Keystone cop.

“7th Heaven” (1927). A romantic drama, starring Janet Gaynor, a Paris waif who is befriended by a sewer worker.  Introduction by David Shepard, a film preservationist, who is loaning his personal print to be shown at the festival.

“Crazy to Fly” (1928). Slapstack feature with Bobby Vernon as a suitor attempting to press his girl and her difficult father.

Video interview with Charles “Buddy” Rogers, a Kansas-born actor who starred in “Wings”. Created for KSFF by filmmaker Nicholas Eliopoulos.

“Wings” (1927). Clara Bow and Buddy Rogers star in the tale of two World War I flyers who compete for a woman’s affection.

For more information on the Kansas Silent Film Festival and to view the upcoming program, go to www.kssilentfilmfest.org.