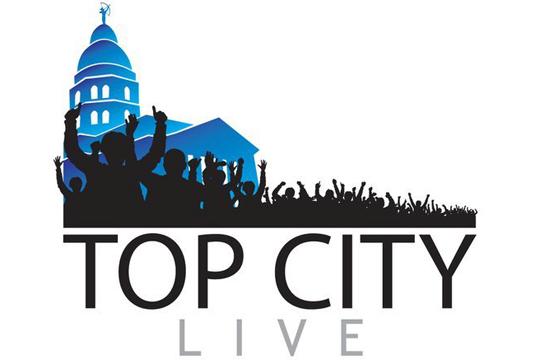 First year Washburn law student Angel Romero has always been a bit of a dreamer. But he’s now looking to a new group he’s started to make some of those dreams a reality.

Only a month and a half ago, Romero, who also completed his undergraduate degree at Washburn, gathered students from the university and presented his idea of Top City Live, a group to promote Topeka. He immediately felt people were interested.

“I had this idea at the beginning of December about using all the awesome student leaders on campus that I think are excited about Topeka,” said Romero. “I thought it would be great to get them all together and harness that energy, so I gathered a bunch of people in my apartment and said ‘hey, I’ve got this idea’ and it kind of went from there.”

Since then, the group has already begun its groundwork, with its first event “Live @ Buffalo Wild Wings” scheduled for Jan. 26 from 7-9 p.m. While Romero hopes to attract students with 15 percent off all orders for Washburn students, he also hopes to keep them hooked with Top City Live’s ultimate message: exposure to Topeka’s organizations and events.

Think Big Topeka, who is involved with trying to bring Google Fiber Project to the city, will be featured by Top City Live at the event. Signing up for Top City Live’s free newsletter will also allow each person to be entered to win a “Best of Topeka” package including gift certificates and other prizes at the event.

Romero hopes through these efforts that students see this is only the beginning of is envisioned for the group.

“I hope people get excited about what we have planned for this semester,” said Romero. “I think this event is something that gets them hooked and wanting to come back. I think especially with Think Big Topeka, it leaves that impression that there are some really cool things in this community and that our input is wanted. Our community’s going places and I want people to get that sense of progress.”

Alongside Romero are 13 other Washburn students and one recent graduate who also are part of the planning process for Top City Live. Ryan Masilionis, junior, joined the group because living here his whole life has helped him see Topeka in a different light than some naysayers may see it.

“I’ve lived here all my life and I’ve had my fun times in Lawrence and Kansas City, and I really want to see that happen at home at least to some extent,” said Masilionis. “A city is what you make of it and I feel that regardless of whether it is downtown or somewhere completely different, getting people informed of the good things that are happening in Topeka is a benefit to Topeka and also Washburn students.”

While the group will start its way from the ground up, Top City Live benefits from not being the first group of its kind in the city.

There are scheduled meetings between group planners on their own time, but Top City Live also hopes to hold more public events across the city to introduce students to various areas such as Lake Shawnee, North Topeka, and downtown and also plans to hold events on campus as well.

Currently, Romero holds no true guideline for how many people the group should be reaching out to, but with his ambition, he does have high hopes.

“I’m kind of a big dreamer, so I am trying to be as ambitious as possible and would like to see as many students as possible get involved,” said Romero. “I don’t have an exact number, but it’s gotta be in the hundreds or even thousands eventually. As long as there are more students that are that much more aware of what there is in the community to some extent, then we’re on the right track.”