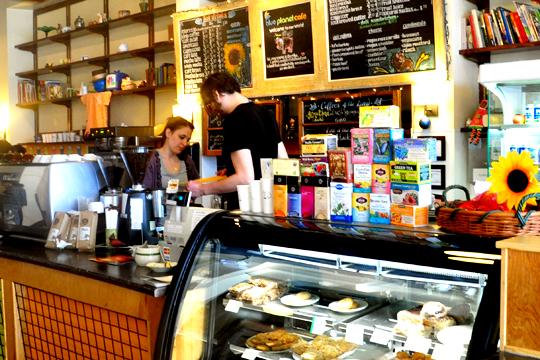 Peace, love and understanding Debbie Forrestt, owner of Forest House Yoga, is bringing her skills to Blue Planet in the downtown Ramada Inn. Yoga classes are also available through the SRWC.

Yoga is currently practiced by 14 percent of citizens in the United States, according to the New England Journal of Medicine.

Debbie Forrestt, certified yoga teacher, yoga therapist, teacher trainer and owner of Forest House Yoga is getting together with other teachers and practitioners from the Topeka area to put a new and interesting spin on the practice of yoga while spreading a message of love.

Yoga is a series of poses, movements and stretches and has a philosophy that centers on the concept that mind, body and spirit are all one and cannot clearly be separated. Forrestt has been practicing yoga for 20 years and first opened Forest House Yoga in Phoenix, Ariz. in 1998 before returning to Topeka, her hometown, two years ago to be near her daughter and grandchildren.

Forrestt has brought Forest House Yoga studio to Topeka inside the Ramada Inn downtown and offers public classes, as well as private and semi-private, yoga therapy and teacher training to those also looking to teach yoga. Classes taught at the studio attract people of all ages, body types and fitness levels. She also explained that yoga is being used in the treatment of many physical and mental ailments.

“They are using it for arthritis, fibromyalgia, all the big immunodeficiency disorders and anything with bone density, as well as depression,” said Forrestt. “However, the number one reason college students should do yoga is to teach focus. We even teach children now because what we are learning is children who practice yoga have a skill that most adults don’t even have. That the ability to calm yourself down.”

Students who are interested in taking classes at Forest House Yoga and mention the Washburn Review when they join will receive 20 percent off the price. The drop-in rate for an evening class is normally $10, noon class is $5 and there are packages offered that lower the fee per class that vary in price.

Yoga classes are also offered at the Student Recreation and Wellness Center. Mimi Smith teaches SRWC classes. Smith has been practicing yoga since she was 18 and began teaching yoga in her 40s. Smith has been at the SRWC teaching yoga since it opened, as well as having classes at the Learning for Life Center on Randolph Ave., as well as the Crestview Community Center.

“Tapping into yoga now as a youth or even children makes a difference not only in how take care of our body, but also how we live our life,” said Smith.

Classes at the SRWC are offered on Monday at 5:30 p.m. and on Tuesday and Thursday at noon. Smith plans on teaching future classes at the Blue Planet Café downtown as well, as will Washburn alumna Kat Keyes.

Keyes, who graduated from Washburn in 2008 with a degree in international business, has been practicing yoga since she was 17 and is Forrestt’s student. The two women plan on teaching at Blue Planet a few nights a week starting in February. Keyes explained how yoga has benefited her on many levels.

“I can deal with stressful situations better because I can usually breathe and find some calm,” said Keyes. “That’s always been positive for me; and my physical strength and flexibility for sure. Yoga lets me do things with my body that I didn’t know I could do. It helps you to see that every human body is essentially limitless.”

Keyes and Smith are involved with other practitioners and teachers in an idea devised by Forrestt that combines yoga and the flash mob phenomenon. A flash mob is when a group of people in a crowd suddenly begins dancing or doing some other choreographed movement in sync.

“I had seen a couple of TV shows where they did a flash mob,” said Forrestt. “The concept of people coming together for a common goal seemed yogic in itself, and something healthy, something good, working together.”

She and the others involved have come up with a routine choreographed to the song “Give Love” by MC Yogi.  MC Yogi is a yoga teacher and also a rapper.

Forrestt encourages everyone to get involved and has practices at Forest House Yoga on Sundays at 3 p.m. Her goal is to have at least 200 people involved in the yoga flash mob by the end of the year. Other practices are held at various times and locations, so those interested should email Forrestt to be put on the flash mob information list. She is also open to suggestions for locations and times for the flash mob to take place.

The flash mob is meant to send a message of positivity and encouragement to give love freely.

“The simplest message that is in every culture, every religion and every belief system is that whatever you give out, you get,” said Forrestt. “The words to the song are ‘just give love.’ If you give your love freely away, then you’ll get it back.”