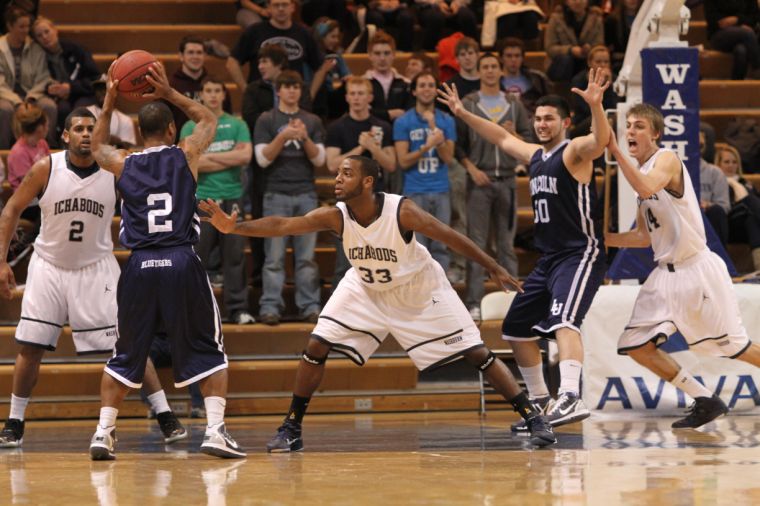 Amidst the trials and tribulations of the major basketball programs in the state, the Washburn Ichabods have managed to put together a solid record and avoid all the negative headlines this season.

The University of Kansas and Kansas State University have both had their share of misfortunes, some of which have been brought on by people within the teams and some of is which just a natural tragedy. Both teams have been hammered by suspensions, with the Jayhawks’ Mario Little suspended after an arrest and Josh Selby held out the first nine games for accepting impermissible benefits and the Wildcats’ Jacob Pullen and Curtis Kelly also suspended for accepting impermissible benefits.

Kansas State has also had two players completely leave the program, most notably sophomore forward Wally Judge on Monday. Freddy Asprilla also left the program following an intense workout held by head coach Frank Martin. The Jayhawks haven’t had anyone quit the team, but they have had quite a deal of tragedy this year concerning sophomore forward Thomas Robinson. In approximately one month, Robinson has suffered the loss of his grandmother, grandfather and most recently his mother. The losses hit Robinson and his teammates so hard that the entire team flew out to Washington, D.C., for his mother’s funeral after KU got it cleared with the NCAA to pay for the expenses.

Washburn, on the other hand, has been on Cloud Nine this season. The team is eyeing its 1,400th program victory Wednesday night if it can defeat Truman State, and has won six straight games dating back to Jan. 12. The Bods are sitting pretty with a 13-5 record (10-4 in conference) and have only lost one of their 10 home games this season. They currently sit in third place in the MIAA.

With all of this offensive firepower, the real staple of Washburn basketball has been its defensive prowess, as the Ichabods have only allowed 69.2 points per game, the second best mark in the MIAA.

So while the Jayhawks struggle to get through the tragic events that have plagued them the past month and the Wildcats struggle just to keep their team together, you can expect the Ichabods to play sound basketball night in and night out as they attempt to make a run at a conference championship and, ultimately, a national title.