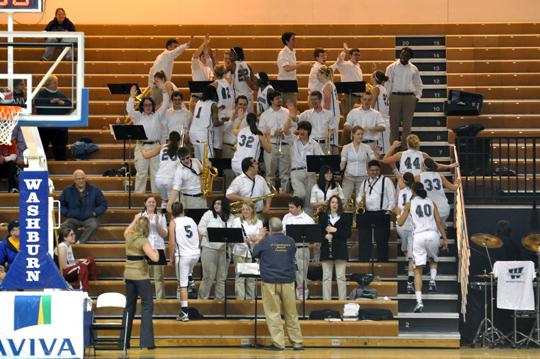 According to multiple sources within the music department, pep band and marching band director Keith Mallory is no longer with Washburn University.

Mallory was apparently let go following an incident Jan. 12 in Lee Arena, though specifics of the event have not been officially released by the music department and no official statement of the director’s departure been made. Mallory is still listed as director of the Marching Blues and pep band on the Washburn University website.

“We had some students misbehave, and whoever saw it didn’t like it and I guess just had him removed,” said a source within the pep band, who requested to remain anonymous. “I don’t know if he resigned or what.”

The source said Mallory was present at the beginning of the pep band’s performance, but had to leave early and had another director lined up to cover for him when the incident occurred.