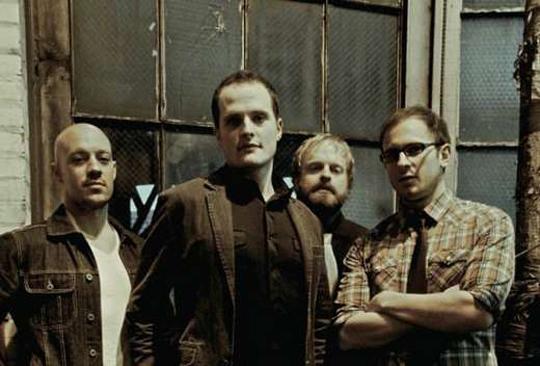 From Nashville to Washburn Starlume an alternative/rock quartet from Nashville, Tenn. were this years Toast of Music City contest winners for best local band. The band has been featured on several collegiate broadcasts, independent radio stations and has made various appearances on MTV and VH1 television networks.

Thursday, Jan. 27, Washburn will welcome the music group Starlume to perform in the Memorial Union.

“We liked the type of music,” said Mary Bannwarth, Varieties and Entertainment Director for CAB. “They do cover songs, they do their own music, the variety we want to bring to Washburn students.”

The band was started by lead singer Landon Rose after he quit his career as an off-broadway performer.

“You make a living performing and singing for thousands of people. Your face is on billboards. The spotlight is on you. For most, giving up that lifestyle would be hard. For Landon Rose, there was no question when he decided to leave his job in Branson, MO performing as a lead actor in off-broadway shows” tells the band on their ReverbNation page. “Joined by his long-time friend and drummer, Corey Eggleston, the duo arrived in Nashville during the fall of 2007. The following year, Starlume was complete with the addition of guitarist Nate Woodall, and bassist Isaac Wriston.”

Since then, Starlume has been featured on hundreds of collegiate broadcasts and independent radio stations across the country. Their song “So Please” was even featured in an episode of the CW show “One Tree Hill” as well as various appearances on the MTV and VH1 television networks.

“We put ourselves as Washburn students,” said Rizki Aljupri, Talks and Topics Direction for the Campus Activities Board. “I think it will really fit Washburn. It’s alternative rock, not very rock and not very soft. They were influenced by Jet and Oasis and lots of other bands.”

The concert is set to kick off Thursday, Jan. 27, at 7 p.m. in the Washburn Memorial Union