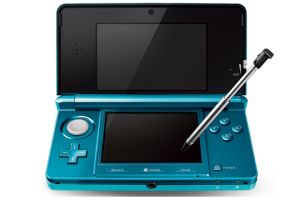 Movies like “Avatar” and “Tron Legacy” are going to have a lot in common with video game characters like Mario and Link. Coming soon all of these things will be available in the palm of your hand, in striking 3D, without the need for special glasses.

Nintendo, the company that revolutionized gaming with consoles such as the NES, Wii and Nintendo DS will be releasing its latest handheld iteration with the 3DS March 27.

This handheld gaming and media platform enables users to play 3D games. Such as launch title Super Street Fighter IV 3D edition, which offers both local and global online multiplayer and 3D re-imaginings of iconic Nintendo classics such as The Legend of Zelda: Ocarina of Time and Star Fox 64, both due out later this year.

Along with 3D games, the 3DS will also support viewing movies in 3D. Like Nintendo’s previous handheld, the DSi, the 3DS has two built-in digital cameras. This time however, these cameras work together to take 3D photographs and are rumored to take 3D video.

The 3DS also includes a built-in motion and gyro sensor that reacts to the motion and tilt of the system, creating the potential for further immersing the player into the 3D game.

These features, along with a breadth of titles, substantial graphics improvements, backwards compatibility with original DS games, and user friendly online multiplayer and internet browser, should make the 3DS well worth the $250 price tag.