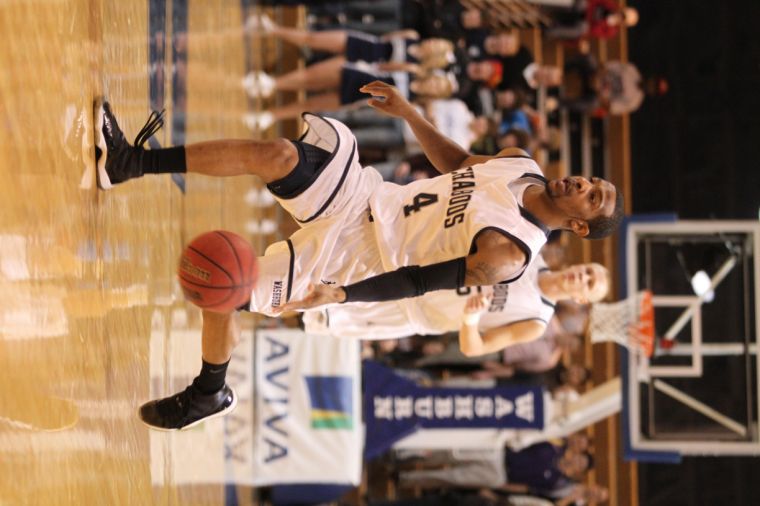 The Ichabods six-game win streak came crashing down at the hands of No. 13 Fort Hays State University, 94-73.

The Tigers proved to be too much to handle for the Ichabods. After winning six games in a row, FHSU cooled them off in front of its home crowd in Gross Memorial Coliseum. The Ichabods played with the Tigers for the first half of the game, but the Tigers pulled away in the second half.

The Ichabods trailed by nine at the half, 49-40. The difference maker in the game was FHSU’s Dominique Jones who scored 28 points and hit six three-pointers. The closest Washburn would come was seven with a little more than 14 minutes to play. But the Tigers went on a 17-4 run to extend the lead to 79-59 and never looked back.

Logan Stutz senior forward continued to lead the Ichabods with 18 points on six of seven shooting.  De’Andre Washington contributed 16 points of his own, hitting four shots from behind the arc.

Washburn entered the game as one of the hot teams in the MIAA and looked the part for the first 30 minutes. FHSU, as well as Missouri Southern State University, have proved to be as good as their rankings and a tough matchup for the Ichabods. Washburn has lost twice to the Tigers by an average of 20 points and one loss to Missouri Southern by 17 points.

Washburn still sits in third place in the MIAA standings, but the loss gave the Ichabods’ late season charge for the MIAA crown a devastating blow.  With Missouri Southern still holding on to the top spot, Saturday night’s game was a chance for Washburn to take a game from the second placed Tigers.

Ichabod players have said earlier in the year that a consistent intensity was a necessity for them to start getting on the winning track.  Washburn found the consistency, which led to six-straight wins.  Even in defeat, the Ichabods can light up the scoreboard.

The Ichabods have a chance to get back to winning ways Wednesday, when they face the University of Central Missouri in Warrensburg, Mo.  The last time out against the Mules, Washburn won in a defensive battle, 57-45.