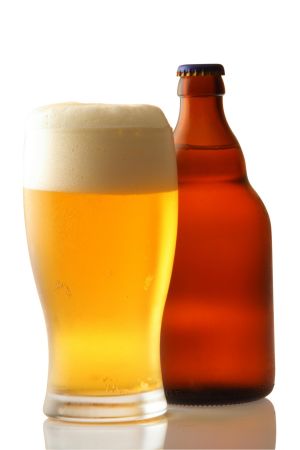 Some Washburn students have wondered how long it has been against regulation to consume alcohol on campus. This curiosity may be partially led by misinformation.

Alcohol use has never been regularly permitted on the campus of Washburn; with the fairly recent exception of some special (mostly alumni related) events.

It was the General Association of Congregational Ministers and Churches of Kansas that originally founded Lincoln College, which is now known as Washburn University, which partially explains why alcohol has never been allowed on campus.

“It’s never been allowed until more recently for special events,” said Martha Imparato, special collections librarian. “That’s mainly because Washburn was founded by the Congregational Church. It was a Congregational private college until 1941 when it was taken over by the city of Topeka.”

Students have tried in the past to persuade the school to change its policy, so that they could serve alcohol when hosting student events.

“As far as I know the only proposal to serve alcohol was in 1981, by a group of students, the Campus Activities Board,” said Imparato. “It’s my understanding that the students wanted to be able to serve alcohol at student events on campus.”

The media played a role in rejection of the proposal by the Washburn Campus Activities Board. Upon reading about the proposal in the newspapers, contributors to the university, set out to shut the proposal down.

“The press seemed to have gotten wind of it, and there were articles in the paper, and a lot of alumni, supporters, donors to Washburn wrote in or called in with their opinions, and most of them were of the opinion that they should not serve alcohol on campus,” said Imparato. “I think in order to not jeopardize fund raising in support of the university they decided against allowing alcohol on campus.”

In some cases, an event at Washburn may be permitted to involve alcohol.

(On occasion, state law does permit the University to designate “non-classroom instruction” areas where alcohol liquor may be consumed.)”

Although some may take offense to the exceptions made by the Washburn University Board of Regents, some feel that the prohibition of alcohol on campus is for the best, especially because of the complications that alcohol may lead to in the completion of academic goals.

“I would say looking back that I was not a competent decision maker, even though at 18 years of age I thought I was a competent decision maker,” said Sean Bird, English professor and instructional librarian of Mabee Library. “With the availability of alcohol, I on more than one occasion chose to consume alcohol with my friends rather than go to the library or study in my residents hall room.”

Bird expressed that during his first semester at Emporia State University (before switching to Washburn), his education suffered greatly due to alcohol. At the time cereal malt liquor was allowed in the dorms of Emporia State. Bird went on to speak out against excessive drinking of college students.