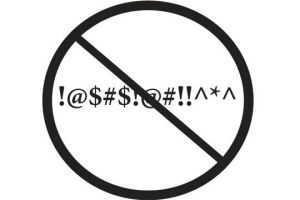 Memorial Union was a rockin’ Thursday evening with a performance by alternative rock band Starlume. The band’s performance was part of No Name Calling Week, which seeks to bring attention to the harms of bullying.

The Campus Activities Board planned on bringing Starlume to Washburn University but later joined the multi-organizational effort. CAB directors saw the timing of the event and used the already planned show as a platform to spread awareness of the issues presented by No Name Calling Week.

“We are hoping that the concert will bring awareness to the fact that this is No Name Calling Week and motivate people to educate themselves on it,” said Robert Lucas Whippo, Director of Live Music at CAB. “By giving the issue attention, by making them aware and by telling people where they can go to learn about it they can become educated through this concert.”

Departments, clubs and individuals throughout Washburn cooperated to bring attention to the event. CAB distributed posters and handouts on campus to students and faculty members. Some instructors promoted the event to students.

“I originally heard about it in my history class,” said Washburn student Michael Woolin, who attended Thursday’s event. “The professor offers extra-credit for going out and getting involved in Washburn events.”

The small venue and interaction between the band and audience made the show especially entertaining. Woolin described the show as “awesome.”

Event organizers considered the event a success.  Turnout appeared to be modest, but attendees gradually filled the room where the concert was held.

“People keep trickling in,” said Kris Roberts, Director of Marketing and Technology for CAB. “I think in the past, Washburn generally has trouble getting people to attend events but I think we did a pretty good job marketing this. “