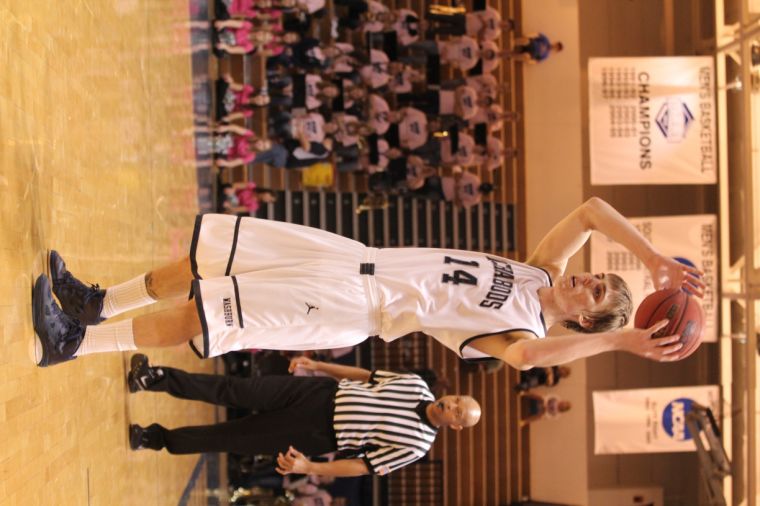 The Ichabods could have looked past their Saturday matchup after beating MIAA frontrunner and No. 8, Missouri Southern State University at home two days earlier but there was no celebration hangover for the Ichabods as they traveled east to face the Pittsburg State University Gorillas.

The Ichabods last home game against MSSU. Washburn showed glimpses of being a team that should be considered as one of the MIAA’s best, but it had yet to take down a highly ranked team this season.  That all changed when the Lions arrived in Lee Arena Thursday night. The Ichabods took down MSSU in a 71-66 thriller,  that went back and forth until the final seconds.

“It helps our confidence going into the postseason knowing that we can beat the best teams in our region and in the country,” said Bob Chipman, Ichabod head coach.

The Ichabods shot 41 percent for the game, which was considerably lower than MSSU, who shot 51 percent. Washburn made up for its shooting woes by holding a 21-5 edge on second chance points.

Logan Stutz continued his trend of dominating play, leading the Ichabods with 20 points and contributing 10 rebounds.

De’Andre Washington was also a catalyst of the night’s  victory. Washington scored the final six points for the Ichabods, all from the free throw line. As the Lions kept cutting the lead to one through the final minutes of the game, Washington kept pushing the lead back to three with crucial free throws that enabled the Ichabods to snatch a victory.

“Those free throws had a lot riding on them,” said Chipman. “De’Andre knew they were huge with an NCAA berth, regional rankings, and conference standings all on the line. He is one of our senior leaders and that’s who we want taking the big shots at the end of games.”

The Ichabods battled against Pittsburg State two days later. The Ichabods were looking to duplicate the performance from two days earlier. Entering the game, Washburn had won six straight games against the Gorillas and had no intention of ending that streak. PSU currently sits in the middle of the MIAA rankings and had a chance to take down a Washburn team positioned near the top of the conference standings.

“We got off to a slow start. That happens sometimes when you have road games, but we are happy we came out with the win,” said Stutz, senior forward.

The Ichabods trailed at halftime and for most of the second half until a 3-pointer from Jadarren Mumpfield, senior guard, put them ahead for good at the seven-minute mark.  The Ichabods left John Lance Arena with a victory that kept their winning streak intact.

“In this conference it’s hard to win road games so you will take the win any way you can get it,” said Stutz.

Another accolade that the Ichabods gathered after the weekend was yet another MIAA Player of the Week award for Stutz. Adding to his noteworthy year, Stutz is now the only MIAA athlete to win the award four times this year. Averaging nearly a double-double with 21 points and 9 rebounds a game, Stutz is having a banner year. Throughout it all, Stutz has continually stated that the award is a token of how well the team has played together and that it would not be possible if not for the combined effort of each player on the team.

The ‘Turnpike Tussle’ is next up for the Ichabods tonight for Senior Night against Emporia State University  The Ichabods will try to take down their closest rival. Then Washburn travels to Lincoln University on Saturday for its last regular season conference game.