From the garage to the basement 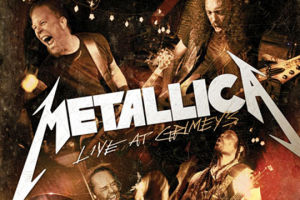 Recorded June 12, 2008, before a small audience of fan club members in the basement at Grimey’s record store in Nashville, Tenn., Metallica’s latest release offers an intimate view of one of the world’s largest bands.

The band, at the time finishing up the recording of “Death Magnetic,” is in a lively mood and starts off by teasing the audience with the prospect of hearing new songs before dropping “No Remorse” on their heads. That aspect of teasing and denial runs throughout “Live at Grimey’s.” It’s fun listening to the band interact with the audience and, listening to the EP, you can get the feel of really being in the crowd. The crowd is really the highlight of the album.

It’s interesting to hear a band largely known for their sold-out stadium tours interact on such a personal level with their fans. Packed with Metallica classics, “Live at Grimey’s” powers through nearly an hour of sweaty metal and would make an excellent workout playlist, focusing largely on old-school songs from the band’s catalog. The performances are all animated and the band seems to thrive in this tiny venue. Songs like “For Whom The Bell Tolls” and “Master of Puppets” leave the listener with a healthy dose of audio sweat. This is Metallica in its most “metal” environment.

Metallica has previously released several live albums, including the excellent “Live Shit: Binge & Purge” which chronicled the end of the tour for “Metallica”—the album often referred to as “The Black Album”—and for years the band has peppered their singles with live performances as B-sides. The basic downside for this EP is that we’ve heard it all before. There isn’t a single song on this EP that hasn’t been released live in one form or another and only one song from anything after “The Black Album.” There is nothing here to attract anything more than the most hardcore Metallica fans.

Released last year on Black Friday to honor the country’s independent music stores, “Live at Grimey’s” returns Metallica to their humble roots as an underground band, even if only for a little while. The EP is available on both CD and 10-inch vinyl records at many retailers as well as through the band’s website, metallica.com.