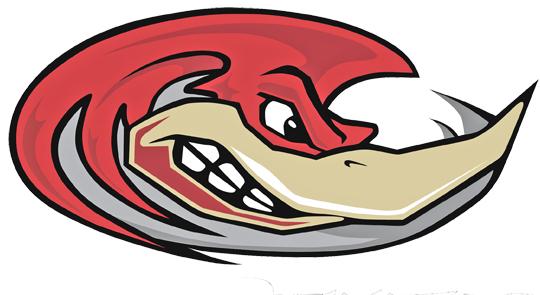 There were very few road woes for the Topeka RoadRunners during their longest roadtrip of the season.

Topeka’s Jake Lynes got a shot past Jimmy Kruger at the 12:43 mark of the first period to put the ‘Runners on top. Texas (29-14-6) was able to tie the contest at 12:22 of the second period when Marc Biggs put the puck behind Eric Rohrkemper.

Tied one apiece, Ryan White tallied a goal at 1:06 of the third period to give the RoadRunners the lead. Brian Christie then scored on the powerplay at 6:30 to make it 3-1. But Texas’ Jack Prince attempted to put the Tornado back in the game at the 8:49 mark with a powerplay goal. However, Rohrkemper would keep the puck out of the net the rest of the game and Nate Milam finished off the Tornado with an emptynet goal at 19:04.

Topeka outshot Texas 25-19 in the teams’ final head-to-head contest of the regular season. Both teams have clinched a playoff spot in the NAHL South Division, along with the Amarillo Bulls.

The Wichita Falls Wildcats, who’re vying for the final playoff spot in the division, will visit Topeka Thursday and Friday night to face the RoadRunners.

Both games will start at 7:05 p.m. and Thursday is Family Fun Night, with $1 hot dogs and free parking.