Local art is ‘Fine and Thriving’ 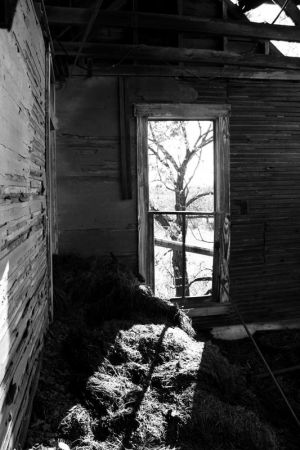 Art is fine and thriving in Topeka at the Break Room downtown every Tuesday. Artists and art lovers mingle and enjoy the work of Topeka area artists at ‘Fine and Thriving’ each week.

On Feb. 22, Washburn students and local artists Michael Allen and Adam Koger will have their art on display. In addition, Rebellyious will be doing modern fusion belly dancing and also hosting a silent auction for the northeast Kansas chapter of ‘Iraq Veterans Against the War.’

‘Fine and Thriving’ is from 7 p.m. to 9 p.m. at the Break Room, located at Ninth Avenue and Kansas Avenue. It was created by local artist and community leader J.D. Stottlemire and was first held in December 2010.

Stottlemire and Allen met through involvement in the Aaron Douglas Art Fair. After attending an exhibit at the university theater gallery where  Allen’s work was on display, Stottlemire asked him to be a part of the first ‘Fine and Thriving’ event, along with Stottlemire and artist Melanie Eyman.

Allen, who is a senior working on his bachelor of fine arts, says prior to attending Washburn in 2006 he really only “messed around” with art doing things like T-shirt and tattoo designs.

“Since then I kind of exploded as far as  much work as I’ve produced,” said Allen. “I’ve been shown in four student juried exhibitions and just submitted for a fifth. I’ve been fortunate enough to have been shown in several juried and group shows all the way from Russell to Kansas City.”

In addition to ‘Fine and Thriving,’ he also has work on display at Keyoka Gallery and Treasures, located on Eighth Avenue.  His work combines photography and graphic design elements. Describing them as “digital manipulations” altered by computer or camera, Allen described the pieces he will have at ‘Fine and Thriving.’

“The ones in particular I am going to be showing at ‘Fine and Thriving’ are actually ones where I set the camera on a six- second exposure,” said Allen. “I hold the pose for three seconds and then change the pose so I get a double image on one exposure. It actually takes two pictures in one thing and then I go in and manipulate colors and stuff like that to add feeling. If it’s anger use red, sad use blue. You know the whole color association thing.”

Koger’s work also involves photography. He will be displaying four black and white images from his series in which he photographed abandoned houses in rural Kansas.

Although his main focus is fine art photography, Koger has done weddings, portraits and shoots photos for “XYZ” and “785”magazine, for whom he did the photos for an article on ‘Fine and Thriving’ where he met Stottlemire. Having taken many classes with Allen, Koger credits him and his meetings Stottlemire while shooting for ‘785’with helping him get involved in the event.

“We had been talking about me getting more exposure and getting my art seen more,” said Koger, a senior art major and single father to a 3 year old daughter. “This is my first actual exhibit outside of the Washburn student exhibit, which I’ve done each spring for the last two years. My goal is to get out there and try to put my work, whatever it may be in galleries around town.”

Koger says his series involving abandoned houses is originally based on becoming a single father.

“The idea kind of went off of when the mother of my daughter left, kind of tying into abandoned type feelings,” said Koger. “Now as it’s progressed, it’s kind of abandoning those feelings. It’s more of a positive now, abandoning those feelings. The pictures and abandoned houses tie in that people had once lived in these houses. They were full of life, full of memories and now for whatever reason people ended up moving out for a bigger house or relocation, stuff like that. I think that you can tie that into relationships very similiarly.”

Koger has a website for his photography, http://kogerphoto.weebly.com, where his photos can be viewed.

‘Fine and Thriving’ has a Facebook page with information on this and upcoming events. It is free to attend and food and drinks are sold. The art is also for sale.

Allen explained Stottlemire’s goal with the event is to bring artists and art lovers together and show different works to public view that might not be in a typical gallery.

“His goal is to show Topeka that art is fine and thriving in this area and that you don’t have to go outside of Topeka to buy art, see art and meet artists,” said Allen. “I think that’s been his whole thing is to let people know that there is an art scene in Topeka.”