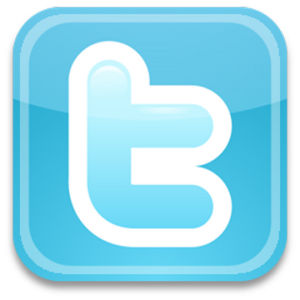 Rizki Aljupri chose not to take offense to the fake Twitter accounts that were recently made to parody him and his opponent Taylor McGown during Washburn Student Government Association elections.

McGown, Washburn’s new student body president as of last Friday, preferred not to comment on the accounts.

Following the election, the accounts have since been deleted. Even though they no longer exist, Aljupri expressed that, although he thought some of the comments made in the parody of his account were funny, some of them were inappropriate, especially the comments criticizing his opponent.

“I would say both fake accounts have inappropriate tweets, but mine was more funny rather than offensive, but the other candidates fake account was more offensive, so I didn’t read those tweets,” said Aljupri.

Aljupri heard about the accounts on Tuesday, March 8, the day before the elections began. However, he assumed that two separate people had made the accounts, and these people, just wanted attention.

Aljupri argued that the creators of the parody Twitter accounts should respect McGown and her running mate because of all their hard work during the weeks leading up to the elections.

Aljupri added that if there was any particular thing that bothered him the most about the fake accounts, it was that the creators used his profile picture.

“They used the same profile picture as mine. I think that’s not a part of freedom of speech because I own and reserve that picture,” said Aljupri.

Aljupri also took issue with the fact that the creator(s) of the account reposted his statuses.

He felt that students may find this confusing, and it could lead some to believe he made the fake account.

“People could confuse: ‘is that a fake account, or is that Rizki’s account? Does Rizki Tweet these things? Both of them have the same tweets; the same sentences.’ I mean if they claim that their account is ‘fake’ they should make their own sentences.”

Aljupri also compared the Twitter accounts to other offensive forms of advocacy. He said that he does not find the fake accounts to be acceptable, because they used offensive words to get their point across.

However, he did agree that the fake Twitter accounts are protected by the U.S. constitution.

Aljupri ultimately suggested that students should not have taken the fake accounts too seriously; that the students who made the accounts may have just been overly enthusiastic.

“I would say just let it go.,” said Aljupri. “They made this account one day before the election. Of course they want to get attention. They were excited.”