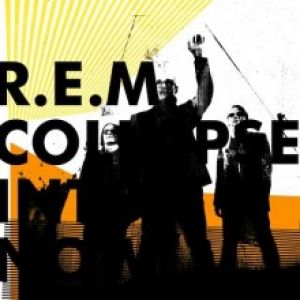 The band finally regained its mojo with 2008’s “Accelerate” and that vigor remains through its latest album, “Collapse into Now.” “Accelerate” stripped away the gloss of the band’s previous albums and left the audience with a bare-bones rock album. “Collapse into Now” begins to add a little bit of those flourishes back but still retains the energy from “Accelerate.” The album benefits from an elite group of guest musicians including Lenny Kaye, Patti Smith, Peaches and Eddie Vedder.

With song titles like “ÜBerlin,” “Mine Smell Like Honey” and “Me, Marlon Brando, Marlon Brando and I,” the band continues a long history of quirkiness that befits their humble beginnings.

“Discoverer,” the lead track, jangles along with a combination of rawness and a sound that is reminiscent of the band’s classic “Automatic for the People.” Opening with a classic R.E.M. guitar riff, there is a certain sense of urgency that flows through the song. Singer Michael Stipe’s lyrics are cryptic, but you get a feeling that whatever he’s singing about is important, at least to him.

The album exudes an overall feeling of happiness, which is perfectly represented by “It Happened Today.” With guest performer Eddie Vedder’s background vocals mixed down to a subtle hum, the song focuses on Stipe’s soaring and exuberant vocals.

“Alligator_Aviator_Autopilot_Antimatter” flows along with a poppy rhythm that harkens back to earlier R.E.M. songs like “It’s The End of The World As We Know It (And I Feel Fine).”

Featuring backup vocals by artist Peaches (“Fuck The Pain Away”), and guitar work by author and Patti Smith Group guitarist Lenny Kaye, the song bounces around with incoherent energy. If it rhymes, Stipe puts it into the lyrics for the song.

“Blue” is a poem/song in the tradition of Patti Smith, so it’s only appropriate that Smith herself appears on the track. It’s also fitting that this is the only song on the album that doesn’t have its lyrics printed in the album’s artwork. The piece closes with a reprise of the introductory riff from “Discoverer.”

“Collapse into Now” shows that it’s not only possible for an old dog to learn new tricks, but also learn old tricks as well.