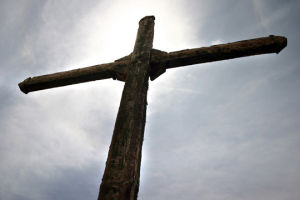 Last semester a new student organization formed with a mission to debunk perceptions about the school of thought they represent.

The Student Atheists of Washburn consists of Nick Taylor, president, Barbi Warhurst, vice president, and Sharla Blank, faculty advisor. Taylor and Warhurst are the founding members of the group.

To get the word out about the group, both members put flyers up around campus. The first few meetings had really high turnouts, and students and teachers have showed curiosity.

The purpose of the group is to provide students with the opportunity to socialize in an open and non judgmental environment. The group gives students the chance to have an open forum of conversation without feeling the need to censor oneself out of fear of offending someone.

The members that have stuck around are ones that are looking to have intelligent conversation with their peers that challenge assumptions about ideas.

“We disagree on a lot of things, but when we do, we justify our positions with reasoned arguments and not “because the Bible says so” or “God did it.” It’s those kind of responses that are conversation killers and quite annoying to anyone looking to have their ideas really listened to and challenged,” said Nick Taylor.

The official mission statement of SAW is a student group that seeks to promote a positive awareness of atheism, to oppose discrimination of all groups, and to support and defend constitutional first amendment rights of free speech and the principle of church-state separation. In addition, the group seeks to provide an open forum to students where all ideas can be voiced and discussed in order to build a society of inclusion and understanding, dedicated to the pursuit of reason and logic.”

The group meetings are open to many ideas but doesn’t always proceed in the same manner. Some nights consist of game nights, community service, even community activism. The group has 26 members on the Facebook group and eight members that attend meetings on a regular basis.

“The main message is to get people used to the idea that not everyone believes in god, that there are a lot more atheists out there than most people think, and that we’re good people!  The word atheist is a term that most people run from.  Surveys have been done that have shown that atheists are among the least trusted groups in the United States,” said Taylor. “There is a stigma associated with atheism, and one of the biggest goals of the group is to “promote a positive awareness of atheism” and show people that atheists are normal, ethical people, with the same hopes and dreams of everyone else in society.”

Some responses to SAW have manifested itself in ways that the  group perceives as negative. Such as when the group posted flyers, many of them were destroyed, taken down, and written on featuring writing like “new age lies”, “fascist lies”, and “atheio-fasist!” This made the group avoid putting up posters.

“In our experiences, almost all self proclaimed agnostics are, in fact, atheists.  Free-thinkers are atheists.  Non religious people are atheists.  They just don’t know it.  Our goal is to let more people realize the proper application of the term atheist and to get them to come out of the closet.  We are a group of freethinkers, agnostics, humanists, and non religious… and those are almost always synonymous with atheism,” said Taylor. “So thats what we call ourselves, Student Atheists of Washburn.  We chose this name to get people comfortable with the idea that there are atheists out there, we’re not afraid to say it, and we are good people.”

The group will attend events such as debates and lectures that have relevance to Atheism. Game nights and trivia nights are some things that the group enjoys, rather than the traditional sit down meeting. The group meetings take place every Wednesday and last about an hour.

“I frequently meet with Craig Freerksen, who helps run the Christian Challenge here at Washburn, and we are working together to do events that involve theist and atheist students; debates, panel discussions, guest speaking at each others meetings.  He and I are in talks about co-hosting guest speakers for next semester, but that’s a long way away,” said Taylor.

Future plans for the group are focused on attracting more members, getting more publicity, and really just informing people on what the group consists of. Hopefully be able to have debates, lectures, and anything to promote the group and the group’s ideas.