Films bring to light the effects of slavery 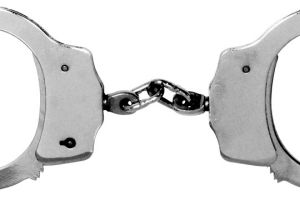 Modern slavery became the topic of discussion last Monday, as students and faculty held a showing of two films on the subject.

“Most people think that slavery is gone,” said Sharon Sullivan, Washburn professor and discussion leader for the event. “The lowest number that has been verified is 27 million people in slavery in the world, and that includes the US.”

The first film, “The Dark Side of Chocolate,” illustrated the problem of child labor facing the chocolate industry. In the United States, 85 percent of cocoa beans are harvested from the Ivory Coast, according to the film. Major corporations such as Nestle and Hershey use the cocoa beans that come from those workers.

“They live in horrible conditions,” said Sullivan. “They are locked in at night, they are fed very little, and they are beaten. Violence is used to keep them in line and they never have an opportunity for an education or for anything better.”

“Dalits” was the second film shown, which highlighted the conditions of the untouchable caste in India. According to the film, as many as 40 million Dalits are kept in bonded labor or prostitution.

“After I was done being shocked, I was physically ill,” said Washburn student Shawn Bryant after watching “Dalits.” “I could never imagine sleeping with flies on my face or not having a toilet. While you were five years old, playing with toys they were building a fire and having to take care of people and it is just a really different world.”