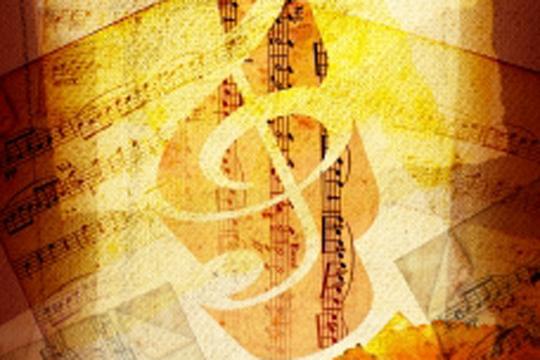 Performing at White Concert Hall on March 17, back by popular demand was Daniel Narducci, a classic American baritone, accompanied by pianist Scot Woolley.

His concert was part of the 80th season of the Topeka Community Concert Association. The Washburn Flute Ensemble performed for the audience’s pre-show entertainment.

“TCCA remains to be the best deal in town,” said Johnson.

Narducci has performed once before at White Concert Hall in 2009, along with Woolley. Woolley arranged many of the pieces performed for the evening.

“We had a lot of fun putting together tonight’s performance,” said Narducci. Woolley and Narducci have performed together for nearly 100 performances.

Narducci is a graduate of the Indiana University School of Music. He had also portrayed the role of Captain Hook on the world premiere of Leonard Bernstein’s “Peter Pan.”

The theme of the performance was “Heroes and Villains: From Broadway to Hollywood.” Narducci enjoys singing songs from legendary heroes and villains from Hollywood to Broadway in a way that captures the audience, and keeps them entranced with each individual role.

Narducci’s biggest musical influence was Robert Goulet. He had the rare opportunity of performing alongside Goulet in the Broadway version of “Camelot.” He sang “If Ever I Would Leave You” in Goulet’s honor.

During intermission, copies of Narducci’s CDs were available for purchase. His debut recording, “Timeless Broadway” appears on the Archaeus recording label. Narducci’s most recent release is called “Christmas Once More,” a collection of classical and traditional songs.

Woolley had performed his solo medley from Hollywood Heroes and Villains as well. Woolley’s biggest musical influence was his great-aunt Dorothy, who once played piano for silent movies.

“If you’re going to steal someone’s music, make sure it’s going to be a big hit!” Woolley was referring to the original “Dragnet” theme, which was originally written in a different score by someone else.

Narducci’s personal favorite villain to perform is Don Quixote from “Man of La Mancha, as he closes his set with “The Impossible Dream.”