Album should have remained in vault 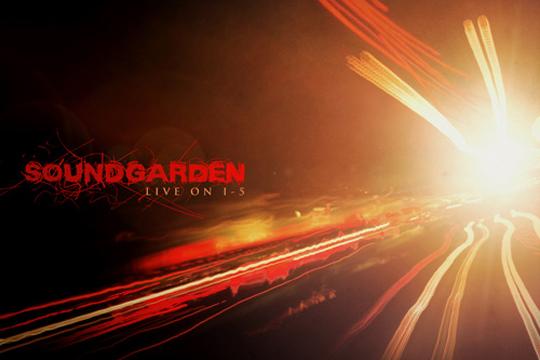 Once upon a time, Soundgarden frontman Chris Cornell had a Robert Plant-esque voice that could peel the paint from walls, but the rock ‘n’ roll lifestyle has a way of taking its toll on a singer’s vocal cords.

Soundgarden’s new album “Live on I-5,” released March 22, was recorded near the end of the band’s 1996 tour in support of the “Down on the Upside” album and was scheduled to be released in 1997. But the band’s implosion in April of that year meant these recordings were left sitting in a vault somewhere gathering dust. The band’s reunion last year unlocked that vault and “Live on I-5” is the result.

Guitarist Kim Thayill, bass player Ben Shepherd and drummer Matt Cameron are at their peaks. In fact, Cameron’s performances just highlight how much his talents have been wasted during his stint behind the drum kit with Pearl Jam. But, the most shocking thing is  how bad Cornell’s vocals sound in places. When compared with their studio counterparts, the singing on “Live on I-5” ranges from strained to anemic and, in some cases, just plain sad.

That’s not to say that “Live on I-5” is necessarily a bad album. It is what it is, and there are several standout songs hidden amongst the sludge. The whole band shines on tracks like “Burden in my Hand,” “Boot Camp” and “Dusty,” all of which hailed from the band’s current album. And the band manages to turn their cover of The Beatles’ “Helter Skelter” into a dirge-like moan. It’s only on some of the songs from the band’s early catalog like “Nothing to Say” from 1987’s “Screaming Life” that Cornell’s voice really shows the strain.

A nice touch comes when Cornell dedicates “Rusty Cage” to “the man in black,” Johnny Cash, who released his own version of the song in 1996.

“Black Hole Sun” presents an interesting performance with just Cornell and a guitar. Cornell has been playing the song this way at many of his recent solo shows, but here, it feels somewhat out of place. You want to hear Thayill’s screaming guitar and Cameron’s pounding drums.

Cornell’s vocal problems become painfully clear on the last song, “Jesus Christ Pose.” When compared with a live version from 1993 that was released last year on the deluxe edition of the greatest hits package “Telephantasm” the difference is stark. In the span of three years, Cornell’s went from hydrochloric acid to vinegar. Unfortunately, this album should’ve remained in the vault where it has been stored for the past 15 years.

For a truer sense of what Soundgarden sounded like in their prime, try to find a copy of the rare 1990 promo album “Louder Than Live.”

The edition of “Live on I-5” exclusive to Best Buy includes a DVD featuring performances from the band’s performance at last year’s Lollapalooza festival. Purchases made via iTunes also include four bonus “soundcheck” tracks, and the cover of The Doors’ “Waiting for the Sun” is exceptional, with Cornell’s voice coming across better than almost anywhere else on the album.