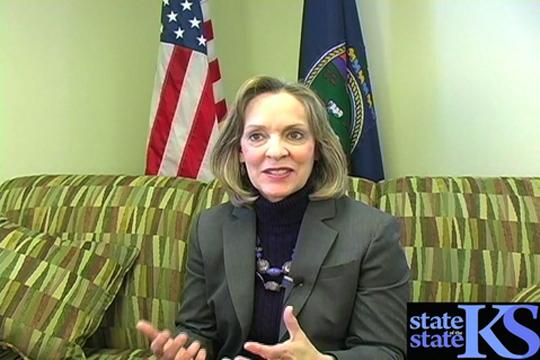 Newly appointed Kansas Secretary of Labor, Karin Brownlee (R), said one of the top concern she heard form constituents as a legislator was that people struggled to get through the call center to apply for first time unemployment benefits.

“They can go to getkansasbenefits.com and fill out a web form and receive responses and service in that manner,” said Brownlee.

Brownlee says the unprecedented recession has put the greatest demand on the state’s unemployment fund in Kansas history, but said her goal is to make customer service a top priority.

In other State house news, new numbers show tax collections fell about $11.5 million short of estimates for February, putting the state $6.3 million behind estimates for the new fiscal year.

Secretary of Revenue Nick Jordan pointed out that overall, revenues are $343.3 million more than at the end of February last year.