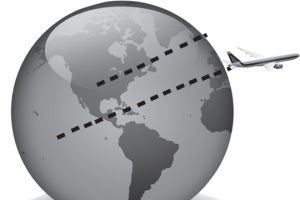 As students enter Washburn looking to earn a bachelor’s of arts, they will eventually need to take at least one course in a foreign language.

The thought of attempting a new language can be very daunting, but there are numerous students who attack the languages with vigor, deciding to complete a major emphasizing on a foreign language.

One such major, Spanish, has become more popular in recent years.

Miguel González-Abellás, professor of Spanish, and department chair of modern languages, said that many students who pursue a major in Spanish do so accompanying another major.

“Around 70 percent or so of the Spanish majors we have are double majors in areas, varying from nursing, to business, to history, to biology,” said Gonzáles- Abellás. “Spanish is an ideal compliment to other majors.”

González-Abellás also said that foreign language studies are at the highest level they’ve been since the 1960s.  Washburn currently has 39 students working toward a degree in Spanish.

Three Spanish majors, Bridget Walter, junior, Lindsay Edwards, junior, and Hilary Larson, senior, all agreed that they chose to pursue the major because they took Spanish courses in high school and fell in love with the language.

Many readers may be wondering what it means to actually major in Spanish.  According to Washburn’s Spanish curriculum, there are three components, or learning objectives, to a Spanish major, which include oral communication, language grammar and knowledge of the history and literature of Spanish-speaking countries.  The department provides classes such as Spanish grammar review, civilization of Latin America, and conversation to fulfill these objectives.

As graduation nears, Spanish majors are also required to complete a course called senior thesis, which is a capstone project, where students can combine the three aspects of the major, along with their other major if they wish to do so, to create a work or presentation in an area that interests them.

Each Washburn professor or advisor expects his or her students to be at a certain level upon graduation. González-Abellás said that he expects that they are able to get a certain degree of ability to not only understand Spanish, but also be able to communicate, as well as get a deeper knowledge of the cultures and the countries where Spanish is spoken.  In terms of an exact level at which González-Abellás would like to see his students, he follows the American Council for Teaching Foreign Languages standard.

“Our goal for each student is to be at the intermediate high level which allows for students to understand speech, as well as diverse topics and different texts.  It also means that students will proficiently be able to take part in a discussion or debate, putting forth their own ideas and opinions.  They will be able to orally present a topic understandably, and follow a narrative and be knowledgeable in the subjects within it.”

Both Larson and Edwards have been given the opportunity through the department to put the skills they have acquired to the test.  Larson spent this past summer in Spain, while Edwards was able to do the same in Peru.

Larson said that her trip was one of the most rewarding experiences of her college career, and it really made Spanish click for her.

González-Abellás described learning a language as a question of love, taking a lot of time and patience to master it.  He explained that this is the idea that separates Spanish from other majors.  There are equations and dates to memorize for subjects like mathematics and history, and laws and medications to know in political science, but Spanish is a different story.

“One thing that sets any language apart from other subjects is that it’s not something you can learn overnight.  You have to work at it every day, little by little.  In the long run, the only way to be proficient in the language is to stay strong in your persistence, and if you can, go abroad and put your skills to the test,” said González-Abellás.

Walter had similar ideas as to how much work Spanish takes compared to other subjects.

“Learning a new language is much harder than any other subject I’ve studied because it takes a lot of practice, and you can’t really take a break because it would be very difficult to pick up where you left off,” said Walter.

Students graduating from Washburn have used their Spanish degrees in a wide variety of ways.  Some are teaching the language, both as Spanish teachers and as English as a second language courses. Others have gone on to graduate school, where they are now teaching as lecturers.  In a completely opposite direction from teaching, one student has found himself in the field of law as a bilingual lawyer, specializing in immigration law.

With all the issues revolving immigration currently taking over society, González-Abellás said the importance of knowing Spanish really gives people seeking jobs an advantage above the rest.

“Many branches of companies based out of the United States have branches in Latin America, and sometimes [these companies] send people there to recruit bilingual people,” said González-Abellás.  “If people here in the United States are bilingual, they will have an edge and there won’t be a need to go out of the country to fill jobs.”

This idea is exactly what made a Spanish major so enticing for Larson.

“My favorite part of the major is simply the language; I just love it,” said Larson, “But also, I think Spanish is incredibly useful in most jobs.  My hopes [in getting the major] are that my resume will be strengthened and I will have an advantage over other applicants.”

There are also places still within the United States where there is a strong need for those who are bilingual, the southwestern part of the US being a prime example.  González-Abellás said that he has witnessed numerous occasions, where being bilingual is a requirement for basic jobs in states such as Texas, Arizona and New Mexico.

“I am working toward a Spanish minor as well as an International Business minor,” said Campbell, “And, I can take that education to a job in another country or within a company which has many international relations.”

Although there are innumerable aspects of Spanish that give graduates a step up in the job market, González-Abellás emphasized that there are every day activities that Spanish can also help with.

“It will open a lot of doors for the student majoring in Spanish, because he or she will have access to more resources by being able to master another language,” said González-Abellás.  “This can be in the subject of sports, politics, or even science, and the information will be firsthand, with no need to wait for a translation.”