BLOG: In need of a better mousetrap 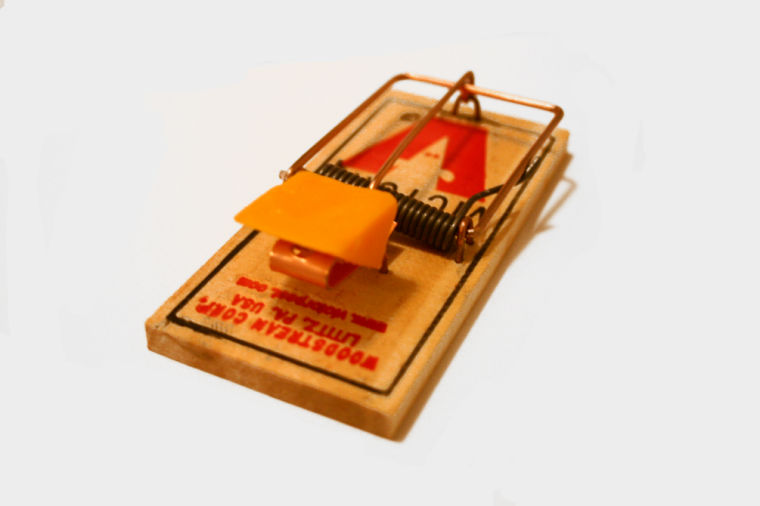 I don’t like killing things. No, really, when I first started driving, I felt guilty whenever bugs would splatter my windshield.

So when I first encountered the mouse friend living in my apartment, I borrowed a live trap. I planned to catch what I imagined was an adorable little ball of fur and take it outside where it could continue its life (and, I’m sure, eventually find its way into someone else’s apartment).

Weeks passed. My humane little cell-like trap stayed empty. But my cabinets, drawers and closets had filled with mouse turds, little friendly reminders of my tenant who wasn’t paying rent.

The more evidence I found of my mouse, the angrier I got. My roommate and I named it Albert, but soon I was ready to put mouse Albert in a can. Pun intended.

Initially, I ramped up my efforts in Albert’s safe capture, setting out our trashcan with bread at the bottom to trap him in and putting an extra helping of Nutella in my live trap. I cleaned like crazy and kept any food-related trash out of the apartment, hoping to force our rodent friend into using one of the humane options.

Then I got sick. While I was out with strep throat, I was forced to live in my room for almost two weeks with little reprieve. I huddled in my bed, sipping on my PediaLite and checking my temperature. As it jumped over 100 degrees, my sleep became more and more restless, which I initially blamed on my temperature. Until I realized that, during the breaks in my sleep, I could hear rustles and pitter patters under my bed. It continued through the week, and it got to where, reeling with sickness, I would prop myself up and pound either the floor or mattress with my fist and wait for Albert to cut it out before going back to sleep.

When the fever broke and I began my return to normal life, I cleaned my room and was rewarded with a squeak and a grey dash that snuck along the wall and under my door. I fully intended to go back to my efforts to catch him alive and put him outside.

Until I started doing laundry and found my clothes chewed. And opened the silverware drawer to find mouse turds all over my spoons. And picked up my candy bar off my desk to find little mouse-gnawings all over it. Forget being humane. Time to just be a human.

So I wrote Albert a note that asked him to leave or die. He pooped on it. So I bought some snap traps and caught/killed Albert in one day. I reset the traps just in case, and also found out that we had an Albertina, Albertian, Bert, Berta, Bertie, Albertino, Alba and little Albie.

But I don’t feel sad. In fact, I think I’m going to go clean some more. So there.