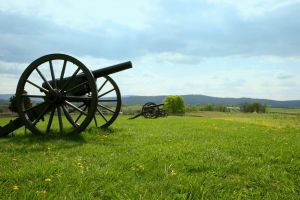 As we commemorate the 150th anniversary of the Civil War, our politicians are still debating the same issues that separated the North and South back then. These focus on how big the government should be and how involved it should be in the average citizen’s life.

We’re also still facing the racial issues that were so divisive back then. In education, there are still several achievement gaps that are associated with economic and racial divides. Plus, frustration with immigration has led to some inherently race-oriented policies because of stereotyping and relying on language barriers.

Clearly the United States is not a perfect melting pot. From the very beginning, with the treatment of the Pilgrims toward the native peoples through the issues of slavery, European migration, Japanese internment and anti-Hispanic migration, this country has only half-believed in the ideals that the Statue of Liberty holds emblazoned on her base.

Europe has always been quick to point out the red, white and blue hypocrisy. During the Civil War, the States’ European allies pointed fingers at their bastard child. How naughty its racial issues have been. Hitler himself modeled some of his anti-Jew propaganda off of U.S. persecution of blacks. The U.S. still has some serious racial and economic skeletons in its closet.

But Europe can get off its high horse any time now. After all, it was European cultures that founded this country. Between treatment of the Roma, the Troubles in Ireland and the Holocaust, it’s easy to see that European powers have quite a few race issues. In fall, the German chancellor, Angela Merkel, announced that, “the approach [to build] a multicultural [society] has failed, utterly failed.” Europe at one time invited foreign workers in to take over German labor jobs that Germans didn’t want.

Merkel admitted that Germans expected the foreign labor to leave after the jobs left. However, since they haven’t left, there have been heavy pushes against them because many of the migrants have been slow to learn German language and follow other cultural customs. The point Merkel was trying to make was that migrants had to quickly adapt or they wouldn’t be tolerated.

A new law in France prohibiting the burka that is traditionally worn by Muslim women shows that bigotry isn’t limited to Germany. The fine is $200 to wear a burka in public. The justification for this law is that terrorists might use burkas as covers to transport weapons. Although that is true, are they planning on banning backpacks, luggage, baby bassinets and grocery bags as well?

The answer is no, of course not, that would be paranoid. However it’s interesting that although nude and topless beaches seem to be a nonchalant thing in that country, they suddenly feel the need to make laws about how many layers you are allowed to wear. Considering how much this infringes on human expression, it is evident that this is a racially based policy.

No matter how liberal and accepting any of these countries claim to be, as long as they continue to make policies that target and discriminate against specific populations, they will never be free of the conflicts of racism with human rights.