The Washburn Review • May 1, 2011 • https://washburnreview.org/14669/news/video-president-obama-announces-osama-bin-laden-dead/ 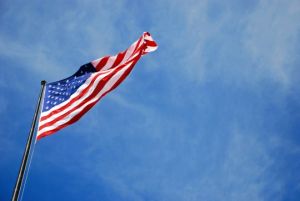 The announcement comes a week after bin Laden was killed, with DNA tests confirming it was indeed the terrorist leader that had been killed. The attack was carried out by Joint Special Operations Command forces working with the CIA. In an address to the nation, the President said he had been informed of the opportunity to attack bin Laden in August.

Obama reported that no Americans were killed in the gunfight, and that the special forces took special precautions to ensure no civilians were harmed.

“Tonight I can report to  the American people and to the world that the United States has conducted an operation that has killed Osama bin Laden, the leader of Al-Qaida,” Obama said in an address to the nation.

With the news comes a new level of alertness by U.S. diplomatic facilities and military leaders, with the Department of State expected to announce worldwide caution for Americans soon.