The Washburn Review • May 26, 2011 • https://washburnreview.org/14653/features/movie-review-of-pirates-of-the-caribbean-on-stranger-tides/

Movie Review of Pirates of the Caribbean: On Stranger Tides 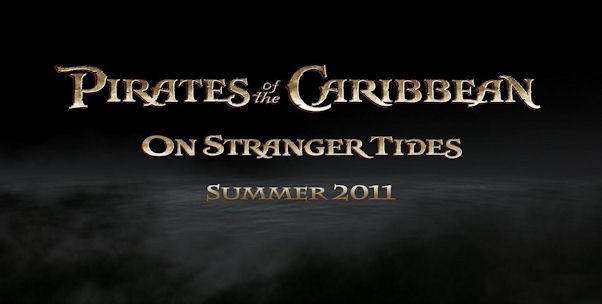 Johnny Depp returns as Captain Jack Sparrow in the fourth installment of the Pirates of the Caribbean franchise titled “On Stranger Tides.”   The series continues without actor Orlando Bloom and actress Keira Knightley but introduces a few new comers to the series, among them actors Penelope Cruz and and Ian McShane who portrays the infamous pirate Blackbeard.  Cruz plays the role of Blackbeard’s daughter and kicks off the movie by tricking Sparrow onto her father’s ship headed for the Fountain of Youth.  On the way they encounter Captain Barbossa who is now with the royal navy and beautiful but deadly mermaids.  The series has not gone down in popularity as its newest edition came in at number one this weekend and ranking in over 90,000,000 at the box office.

Dulle: “I thought it was an interesting movie compared to the last three, which were directed by Gore Virbinski, Rob Marshall directed this one and I could tell that there was a different style to it.  This one was more light hearted and comical where as the other three seemed more dark in style with the comedic performance of Johnny Depp as Jack Sparrow.  I feel like the movie had a slow start but I feel like it was necessary because you don’t have all the original characters from the last three movies.  You have Johnny Depp and Geoffrey Rush as Barbossa and you have new characters that you have to set and establish them.  I enjoyed the beginning of the movie when the royal navy was chasing Johnny Depp through London, I thought it was entertaining and funny to watch.  A lot of the scenes with Penelope Cruz and Johnny Depp, I feel like they could have cut out.  I caught myself constantly looking at my watch instead of at the screen and I did not find many of those scenes necessary.”

Grammer: “It just took forever to get the movie started.  You’re expecting the Pirates of the Caribbean and their spending the first thirty minutes or so of the movie in London and you’re just thinking ok, when is this movie going to get started and it lulls a little bit in the middle however there is some good action and of course there is always the high jinks of Jack Sparrow but there definitely was things that they could have cut from it.  One other thing that bothered me was Penelope Cruz’s character was painted to be this extremely smart, intelligent woman and she is so naïve to the fact that Blackbeard has a little contempt for her and he’s just like oh yeah its nice I found my daughter but you know if the time comes  that killing you could better my position then so be it.  It’s just unbelievable that someone who is painted to be that smart and naïve.”

Dulle: “Bryce, you saw this movie in 3D and in 2D, would you recommend it for 3D or is it not worth it?”

Grammer: “I think that depends on how a person watches a 3D movie.  Every 3D movie I’ve ever watched, even movies that have really good 3D in it, after the opening credits and the first few moments of the movie I forget about the 3D effects and this movie was the same for me.  This movie was shot in 3D, not converted from 2D to 3D so just that fact will mean that the 3D quality will be a little bit better.  Quite honestly I have never been a huge fan of 3D, sometimes it can help the movie but most of the time it just seems unnecessary.  You’re looking at a movie projected on a flat screen and 3D almost tries to make it something that it’s not.”

Dulle: “I would personally recommend this movie to people to see, even if you are not Pirates of the Caribbean fan, it is an entertaining movie.  It’s not really a continuation from the other three, it’s like they are starting a fresh story and it is definitely opened up for another sequel so if you are someone who was looking for this movie to conclude the franchise, I don’t see that happening.  I think as long as Disney can get Johnny Depp to put on that Jack Sparrow costume and put him on the screen, it’s going to keep bringing in money.”

Grammer: “I was unaware when I watched this movie the first time in 3D but if you want, stick around until after the credits roll.  It takes about five minutes but there is a short scene afterwards that leaves room for what the next movie might be.  Ranking in over 90,000,000 in the box office opening weekend, people are still wanting to go see these movies and I can’t find a reason why they would stop making them.  Dulle and I agree on this and give this movie 2 & ½ out of 5 Top Hates.”

Stay tuned next time as Dulle and Grammer review the sequel to the comedy hit The Hangover, The Hangover Part II.

Check out our podcast