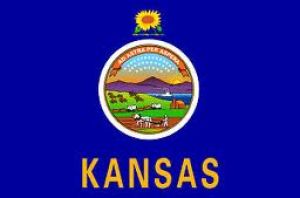 The 2011 Hall of Fame Inductees included U.S. President Dwight David Eisenhower.  Eisenhower was recognized around the world by the nickname Ike, as Supreme Commander of the Allied Forces, credited with liberating Europe during World War II. As president of the United States, he led America into one its most prosperous decades. Yet, Dwight David Eisenhower said the proudest statement he could make was that he was from Abilene, Kan.

Eisenhower was represented by his great-grandson Merrill Eisenhower-Atwater.

Former U.S. Vice President Charles Curtis was inducted into the 2011 Hall of Fame.  Curtis was a United States Senator and Vice President under Herbert Hoover.  He was a member of the Kansa tribe. He served in Congress, was the Senate Majority leader and was a candidate for President before backroom politicking resulted in his vice presidential nomination.

Guy Monroe, Chairman of the Kaw Nation was there to represent and accept the award for Charles Curtis.

Former Senator Robert J. Dole was inducted as well. Wounded in the mountains of Italy in World War II, supported by his hometown of Russell, Bob Dole went on to law school, then county, state and federal elected positions. He was the longest serving Senate Republican Majority Leader and the Republican Party Nominee for President in 1996.

Aviatrix Amelia Earhart was inducted into the Hall of Fame and while she lived she was a heroine of aviation and exploration. With her disappearance over the Pacific she became a legend and icon. Amelia Earhart set records in flight, surpassing males of the era and inspired generations of girls to see even the sky as no limit. Earhart of Atchison remains a cultural figure today, recently featured in several major motion pictures.

Earhart was represented by Carol Sutton, president of the Ninety-Nines, an international organization of women pilots.

General Richard Myers was at the event to accept his induction into the Hall of Fame.  Myers was a Kansas State ROTC graduate.  He was a fighter pilot and served the 15th Chairman of the Joint Chiefs of Staff, the nation’s senior military official and the principal military adviser to the President, the Secretary of Defense and the National Security Council.  Serving from 1965 until 2005 his 40-year Air Force career spanned Vietnam to Operation Iraqi Freedom.

Marshall Matt Dillon as portrayed by James Arness was inducted into the Hall of Fame as well. Millions of Americans first came to know Kansas through black and white TV sets when Marshal Matt Dillon visited their living rooms each week. Portrayed for twenty years by World War II veteran James Arness, Dillon possessed unfailing common sense combined with honesty, integrity, and decency. Arness brought Marshal Dillon to life through the lens of his own character.