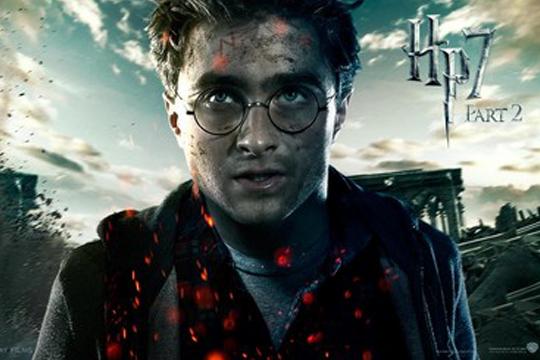 I myself am a Harry Potter fan and I have grown up reading the books and watching each movie as they came out onto the big screen.  I am not going to spoil anything that goes on in this film except that it is a must see.

The film starts off directly from where Harry Potter and the Deathly Hallows: Part 1 left off with Harry, Ron and Hermione searching for horcruxes to destroy “He Who Must Not Be Named” Voldemort.  The battle between good and evil ends now.

The special effects in this movie are visually amazing, the story is breath taking and I’m sure that the audience will be fighting back tears because I know I did.

It is interesting to look back at this whole franchise and hard to believe that it has come to an end 10 years later.  Many of us have grown up watching these movies, watching these actors and characters grow both visually and emotionally.

I do not know how best to describe this movie.  Nothing I say I don’t think can give this movie justice.  Yates and his crew wrap up the whole franchise and they do it well.  If you have not read any of the books but have watched all the movies, all questions will be answered in this film.

This film went way above my expectations and I would certainly say that it is my favorite in the whole franchise.  Unlike Part 1 where the film seems to drag at parts, this one starts and will end it seems before you can even blink.

Daniel Radcliffe, Rupert Grint and Emma Watson have certainly grown as actors as well as the rest of the cast who have brought J.K. Rowling’s beloved characters to life for us to see on the big screen and even though some of the movies don’t greatly match the books as some of us would like I think if you look at all eight films visually they are all epic in their own way.

Now that it has come to an end, do we say goodbye to Harry, Ron, Hermione, Neville, Hagrid and the rest of these characters?  Some might say yes but I believe that these books as well as movies will last for many generations to come for others to read and watch and for those that have already read the books and watched the movies, these characters will live in fans hearts and minds forever.

I greatly look forward to seeing this movie again and again and I am proud to give it my first ever 5 out of 5 Top Hats.