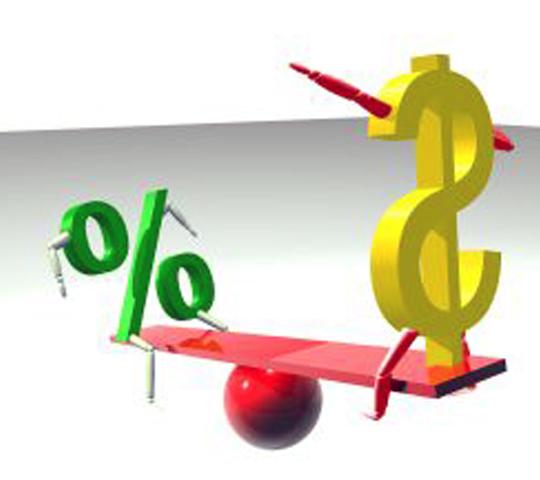 Through the decision of Washburn Board of Regents the issue of money once again took center stage on campus. Specifically in the form of faculty salary.

For some, this decision has been a cause for concern, as several of these new employees have been granted what appear to be relatively high starting salaries of up to $75,000.

However, President Jerry B. Farley says this is a necessary expense for the university, and it‘s vitally important that Washburn expand their efforts in paying competitive faculty salaries.

Washburn faculty members have experienced quite the rollercoaster ride over the last decade, despite WUBOR struggling to remain competitive with the faculty salaries of neighboring universities such as KU and K-State. This year, Washburn has fallen short of the competition by about 10 percent—a problem Farley described as disconcerting at best.

“If you go back to the year 2000, we were almost 12 percent behind the competition,” said Farley. “After that, you can see we’ve made progress. From 12 percent to nine percent to eight percent to seven to five to four—then the last three years we’ve fallen back down, and now we’re almost 10 percent behind again. That’s a real concern to us. This is our top priority, and always will be.”

According to Farley—even though these are “difficult times” throughout the United States, many secondary educational institutions continue to “reign in faculty,” and in the long run faculty are what make Washburn successful.

“If we attract the right faculty—we will have a successful experience with students, and it we will be a successful as a university,” said Farley

According to Jim Martin, Washburn School of Business Lecturer, and former Chief Financial Officer of Westar Energy—not only does Washburn compete with neighboring universities, it must also compete with the business community. Many Washburn faculty members are capable of making more money elsewhere, so there has to be another motivation for them to remain at Washburn, regardless of pay.

Martin added that, in the case of Washburn, it usually comes down to whether or not the faculty are truly ready and willing to move, and in many cases, leave their hometown.

According to Martin, when the Washburn hires accounting professors, it’s not uncommon for them to start the salary higher than the salaries of the existing faculty. However, this is nothing more than a response to the current job market in the accounting field.

“It’s a market reaction,” said Martin. “The market is saying there’s a scarcity of quality new Ph.D.’s out there, so we fully expect to hire accounting professors at a level that is higher than our existing faculty members.

Martin said faculty members who were hired 20 years ago receive gradual pay increases. Therefore, their pay reflects that they were hired at the market price at that point in time. However, they remain comfortable in their position, having gone through the tenure process in many cases.  New faculty members, on the other hand, experience a totally different supply and demand, in some cases finding three jobs for every one applicant with a PhD.

“It all comes down to the quality of the education. You can buy a used Yugo, and you can probably drive it for a while and be happy,” said martin. “You can get a second grade education from a second grade professor and be happy for a while perhaps, but in a competitive market you want to be the best prepared. You want the best professor in your classroom. You can always get a cheaper product, but you’re going to regret it later.”