Tailgating to fit a Student’s budget 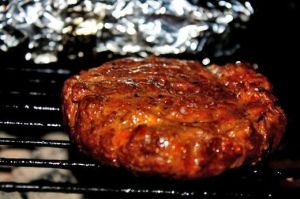 As students, there is a limit on how much to spend for certain things, including tailgating. It’s part of being a college student, but it can also get expensive quickly.

There are many popular choices for what to cook while tailgating and it matters on the preference of the people there. It could be as simple as hotdogs and hamburgers or as extravagant as baby back ribs that have been smoked all night. Also a question of equipment is prevalent and adds even more expense to a fun tailgating experience.

Grilling always comes to mind when thinking about tailgating and grills usually don’t come cheap. Walmart offers a variety of small charcoal grills ranging in price from $7.99 to $30 and these are brand new. Electric and gas grills run $80 and up, but are cleaner than charcoal, and there won’t be leftover charcoals to dispose of.

Coolers are needed and those can be pricey as well, but shopping around might reveal an awesome deal. There are many types and styles that range in size, color, weight and accessories. Food and drinks need to be kept cool, and depending on the number of people attending this tailgating party, also depends on the size of the cooler.

The simplest cooler found at K-Mart is $3.69, but it’s a one-use cooler because it’s Styrofoam and will at least get the job done. With a larger budget there are coolers that have wheels on them for easy portability, or just handles. K-Mart also offers a variety of coolers from $14.99 and up that have no wheels, but aren’t big enough to need them. Thirty dollars will be able to afford some bigger coolers that have wheels, and some are also available in different colors and designs. Target is another good place to check out coolers, although they only offer the more expensive styles.

On to the food – the most important part of tailgating. Assuming there is a small budget, the best route to go would be hotdogs and hamburgers. There are frozen patties available at the local Dillon’s or Walmart ranging from $5.99 for a small package of 20 to $20 for a box full with 50 frozen patties. There is always ground chuck you can buy by the pound, which varies in cost as well as the percentage of fat per pound.

With burgers comes buns and those are pretty cheap for the store brand, and can get expensive for name brands. The store brands are usually $1 to $1.50, same for hot dog buns. Hot dogs can also be bought for as cheap as $1.50 for a package of eight, which is convenient because the buns come in packs of eight as well, so there will be no waste. Of course there are more expensive, tastier hot dogs and buns, but if there is a budget involved there is also a choice of what to splurge on.

Sides are a whole new story and favorites include potato salad, macaroni salad, baked beans and coleslaw. These are things that can be made at home, but living in a dorm could inhibit cooking space and utensils.  Also depending on the number of people joining the part, it might be diligent to buy already-made from a deli in the local grocery store. At Walmart, these items are available in small or large containers which cost $1.98 to $2.98 There is also the deli, where it’s made fresh daily can be bought by the pound. The cheapest in town was found at Dillon’s for $2.09 per pound.

“We see a lot of wing trays, boneless and bone-in,” said Angela Gamino, Dillon’s deli clerk. “Our potato salad and fried chicken are also [popular] selections, as well as party trays in general.”

Other popular hot items for tailgating are chicken wings, fried chicken and barbeque chicken. These come ready and available at both Dillon’s and Walmart for a reasonable price, especially because the food is ready to eat, and no cooking is necessary, therefore no grills or coolers needed.

“[The most] popular is the wings, wingdings, and it also depends on the day,” said Nellie Sutherland, Walmart deli associate. “Honey barbeque and sweet and sour chicken are ordered a lot. Our general’s chicken is popular, sweet with a bite.”

Potato chips are a cheap alternative to potato or macaroni salad and there will be no need for utensils. There is a wide variety available and if there is a sale they are a good item to stock up on for future tailgating parties.

No matter what, the cheapest way to go is to pool resources and do this as a group. It saves cash, creates variety and is always more fun that way. Designate certain people to bring certain things, and volunteer to buy the burgers if someone else will bring the sides. Tailgating is always fun with friends, and the more the merrier.