Journalist to speak at WU 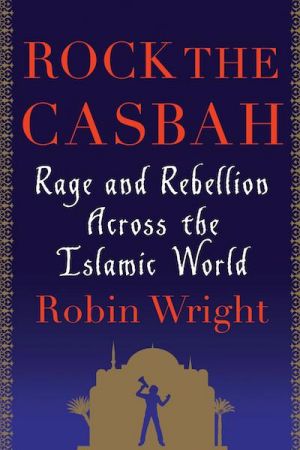 To mark the founding of the United States government and to educate Washburn University students, staff, and faculty about how it came to be, Saturday Sept. 17 was another Annual Constitution Day.

Wednesday, Sept. 21 sees award-winning journalist and author Robin Wright in the Washburn Room of the Memorial Union at 7 p.m. as a special guest speaker in support of her new book “Rock the Casbah: Rage and Rebellion Across the Islamic World” with a book signing following her speech.

In 2005, the late Sen. Robert Byrd of West Virginia, the longest serving senator at the time, helped enable the Consolidated Appropriations Act, which requires every educational institution in the country that receives federal support to mark constitution day in a public fashion.

In the beginning, like other schools, Washburn began observing Constitution Day by placing notices and signs around campus and even ran a student essay competition, but that soon expanded.

“We got better organized and formed a bigger committee,” said professor Mark Peterson of the sociology department. “This year the speaker is being funded by WSGA, the president’s office, the law school, history and political science. Mass Media’s putting a little money in and so forth.”

Over the past few years, the committee of approximately seven or eight people has become more serious about Constitution Day, and Peterson thinks it shows.

“The last couple of experiences have been successively better in terms of getting students involved,” said Peterson. “This one, I think, will carry on that tradition.”

Having travelled the world for her work and becoming a Jill-of-all-trades in mass media, Wright has much to offer with her speech.

“One of the things that I hope happens is that kids at Washburn get a better sense of their relationship to a much larger world,” said Peterson.  “I think your generation is going to discover that globalization has real meaning.”