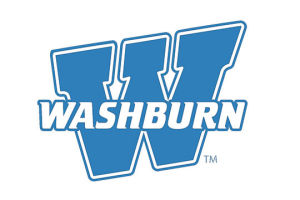 The first quarter featured a topsy turvy pace as both teams took turns giving the ball away. Dane Simoneau, senior quarterback come into the game having completed 56 passes while only throwing two interceptions so far this season. He would double that total within the first five minutes of the game, giving up a possible touchdown on a tipped pass in the end zone.

“It was a crazy start to the game,” said Simoneau. “We just stuck to the game plan and kept our composure.”

Meanwhile, Missouri Western State would be unable to take advantage of the Ichabod misfires, giving away an interception and a fumble, killing drives that were entering Washburn territory on both occasions.

The Ichabods would turn around their early misfortunes, taking a Griffons fumble in MWSU territory and moving down the field culminating in a 31 yard pass from Simoneau to DeJuan Beard with 5:23 left to go in the quarter.

“I just got the other wide receivers together and told them we had to stay within ourselves, keep our heads and not let adversity overcome us but us overcome adversity,” said Beard.

The second quarter would see an exchange of field goals resulting in a score of 10-6 Washburn lead, both teams tightened up their defenses. The Griffons would tip the score in their favor as a fumble by Simoneau would lead to favorable field position and a short drive ending in a touchdown pass by Travis Partridge, redshirt sophomore for 11 yards to Adam Clausen, redshirt senior moving the score to 13-10 MWSU lead.

The second half started back and forth as Washburn received to start off but would stall out quickly. After several possessions, the Ichabods would break the deadlock at 8:43 left in the third quarter with a 5 yard touchdown carry by Sean Mcpherson to go ahead 17-13.

Six minutes later Washburn would take advantage of an interception, the Griffon’s fourth turnover of the evening, en route to a touchdown moving the score to 24-13 on a Simoneau completion to Torre Hurst, sophomore tight end for 15 yards.

The fourth quarter would be a small microcosm of the entire game as both teams continued to pound away at each other physically. With only three penalties called the entire quarter, both teams kept fighting to see who would blink first.

“It was a grudge match and we knew they were going to come in and try and intimidate us,” said Simoneau. “We just made the adjustments we needed to and didn’t let them get to us.”

Despite the Griffons’ best efforts to take Washburn out of their game, the Ichabods would not be denied as they scored 17 points in the final period off of a three yard pass to Ronnell Garner, sophomore wide receiver and a 30 yard pass to Tore Hurst, sophomore tight end from Simoneau respectively, finishing off the game 41-20.

Looking forward, Washburn now prepares for Emporia State on the road. The two teams will renew the traditional rivalry known as the, “Turnpike Tussle” with ESU coming into the game currently 0-3 pending this weekend’s action while Washburn moves to 4-0 on the season.

“We just have to go back to work this week and get ourselves ready for Emporia,” said Simoneau.