Topeka encouraged to “Do it Downtown” 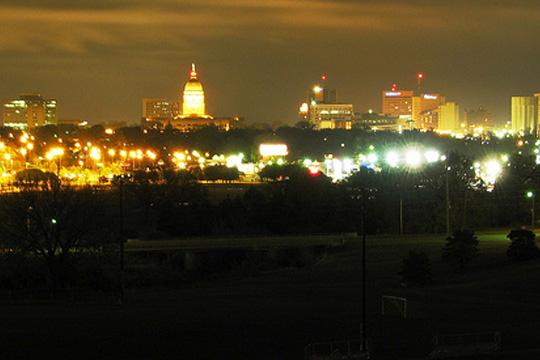 Recently, a new mantra has found its way into the community lexicon. With the newly-launched public relations campaign by Downtown Topeka Inc., community members are being encouraged to “Do It Downtown.”

In the last two years, Topeka has seen growth of interest in reinvigorating the downtown part of the city. What began as an attempt to bring highspeed Internet to Topeka with the Google fiberwire project has transformed into a concerted effort to bring Topekans back to the heart of the city.

It is an attempt to make the downtown area once again a relevant place to go shopping and otherwise spend time enjoying what the city has to offer.

“Our new campaign is focused on putting people in the state of mind that it’s good to go downtown,” said Cheryl Logan, spokesperson for DTI. “We want people to know that they can come down here and there is plenty to do and enjoy.”

To that end, earlier this month DTI, in conjunction with their community partners, held a Do It Downtown rally to hand out T-shirts and other promotional material to get the word out about their campaign.

Specifically, DTI is attempting to make downtown an attractive area through partnership with Capital District Project, a group that is working through the process for bringing about refurbishment of the downtown area.

“We want to this campaign to become a mentality for downtown as a vibrant place of culture,” said Zach Snethen, Capital District Project marketing co-team leader.

Through its efforts thus far, DTI, along with its partners, has managed to raise awareness of downtown locales like The Break Room, Classic Bean and other businesses looking to attract an after 5 p.m. crowd to their establishments. Part of this has been, Top City Thursdays, an event by downtown merchants one day a week to stay open later and allow shoppers to experience what they have to offer as a shopping and eating district.

“Our hope is that businesses and organizations will really get behind this campaign and make it part of their promotions about anything good happening downtown,” said Jeff Carson, owner of Gizmo Pictures.