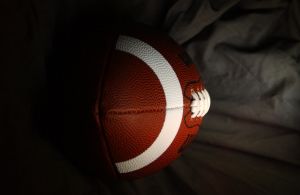 EMPORIA, Kan. — The Washburn Ichabods defense held Emporia State to three points in the second half as Washburn improved to 5-0 for the first time since the 1976 season its eighth-straight win over the Hornets in a 31-17 win in Welch Stadium. Washburn will take on Truman next week in Kirksville.

Emporia State scored quickly on its next drive taking advantage of a Washburn turnover as Tyler Eckenrode hit Ray Ray Diavis on a 3-yard pass wrapping up a 15-yard drive giving the Hornets a 7-3 lead. Emporia State stretched the lead to 14-3 when the Hornets marched 85 yards in eight plays when Eckenrode scored on a two-yard run with 2:50 to play in the first half.

The Ichabods then ripped off a seven-play, 66-yard drive taking 1:39 off the clock to score before the halftime break pulling Washburn within five at 14-9 entering the halftime locker rooms.

In the second half, the Ichabods scored on their first possession when Dane Simoneau hit DeJuan Beard on a 13-yard pass putting the Ichabods back in front 15-14 with 10:34 to play in the third quarter. ESU responded with a 26-yard field goal by Zak King on its next drive, but it would be the last points the Hornets would score in the game.

Washburn stretched the lead to 24-17 on a 46-yard strike from Simoneau to Tore Hurst with 3:21 to play in the third quarter and then Washburn scored with 1:20 left in the game on a 1-yard touchdown plunge by Cooper putting the Ichabods up 31-17.

Cooper led the Ichabods with 29 carries for 85 yards and the two touchdown runs. Simoneau was 25 of 47 from the field for 358 yards and the two touchdown scores. He also ran for 15 more yards giving him 8,618 yards moving him into first place on the Washburn all-time offensive yards chart passing Tyler Schuerman who recorded 8,315 yards from 2000-04.

Matt Kobbeman had a career-high seven receptions for a new high of 120 yards to lead the Ichabod receivers.

Willie WIlliams and Bryce Atagi each had 10 tackles to lead the Ichabods.

Washburn had 497 yards of total offense while the Hornets were limited to 292 yards including only eight first downs and 140 total yards in the second half.