Fantasy Football: Wide Receiver’s that are not heavily owned that may be worth a look. 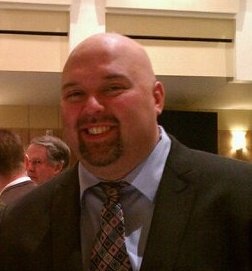 Denarius Moore-Oakland (Yahoo! Owned 52%) Although it is true that Oakland likes to run the ball behind Darren McFadden, they also have speed at the receiver position.  Oakland likes to get the ball to their receivers in any way possible even on reverses.  Moore scored on a reverse from 23 yards out this past Sunday and could be a great bye-week fill in or a flex in deeper leagues.

David Nelson-Buffalo (Yahoo! Owned 50%) Buffalo currently leads the AFC East. This is not an accident.  Buffalo has a solid running back in Fred Jackson.  Ryan Fitzpatrick has been slinging the ball all over the field through the first three games.  David Nelson currently sits as Buffalo’s No. 2 receiver and figures to get a lot of looks as Buffalo continues to throw the ball around.  Nelson is still available in half of Yahoo! leagues so he could be a decent bye-week fill in or a WR No. 2 in deeper formats.

Torrey Smith-Baltimore (Yahoo! Owned 19%) Torrey Smith had a big game this past Sunday and will continue to get looks every game.  He is currently behind Anquan Boldin on the depth chart, but Smith is being deployed as the third receiver in Baltimore’s three wide receiver sets.  Torrey Smith has great speed and is Baltimore’s long threat.  Torrey Smith could be the perfect bye-week fill in.  Smith should definitely be owned in deeper leagues (14-16 teams).