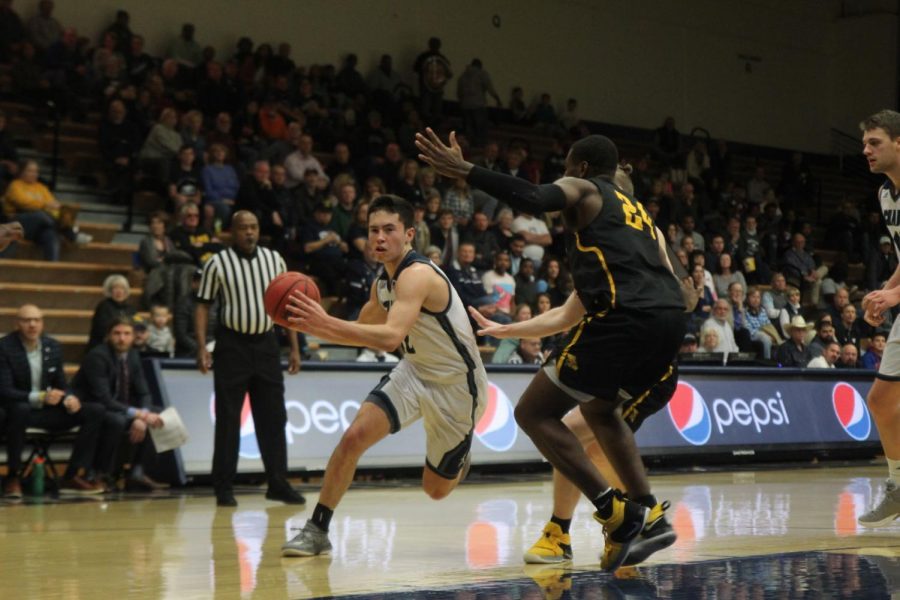 Timely baller: Basketball has been a part of Geiman's life since he can remember. On or off the court, he excels in both school and basketball with time management.

Washburn junior Tyler Geiman plays for the men’s basketball team and has appeared in 59 games during his career at Washburn. He is a finance and economics major and the son of Cindy and Todd Geiman. Being an athlete takes lots of time and dedication. Thankfully, working hard in a sport builds character.

“It’s pretty tough managing my time, but I think it helps me with all aspects of life,” said Geiman.

He grew up in Stilwell, Kansas, a small town southeast of Topeka. He appreciated being close to his friends and family in Stilwell, but also enjoys going to Washburn.

“There was always a lot of stuff to do and all my friends were there. I enjoy Washburn as a school, but not Topeka as a city,” said Geiman.

Basketball has been an aspect of his life for a long time. He kept playing because of how entertaining and social the sport is.

“The competitive and team aspect of the sport is fun, along with being with all the guys. There isn’t much about basketball I dislike,” said Geiman.

Head Coach of the men’s basketball team Brett Ballard had a lot to say about Geiman and his performance. Ballard said he has lots of strengths on the court with his teammates.

“Tyler leads our team by example with great effort and a positive attitude everyday. Guys love playing with him because they can trust that he is always going to make the right play on both ends of the court,” said Ballard.

Ballard is looking forward to his team’s work this season. The team and Geiman are working hard everyday to prepare for their weekly games. Ballard also believes that Tyler will have an amazing season his junior year.

“He is already off to very good start and has played great in our opening games. I would expect Tyler to have a very good season, and that is primarily because I know how hard he will compete, and I know that he will prepare at an elite level,” said Ballard.